Skip to content
Commonly referred to as The Four Witches, there is very little actually known for certain about this intriguing engraving by fifteenth-century German painter, engraver, print maker, mathemetician and theorist, Albrecht Dürer.  With four naked women, a monster of some description in the corner and bones scattered on the floor, however, there are interpretations aplenty of what Dürer had in mind when he created this work. 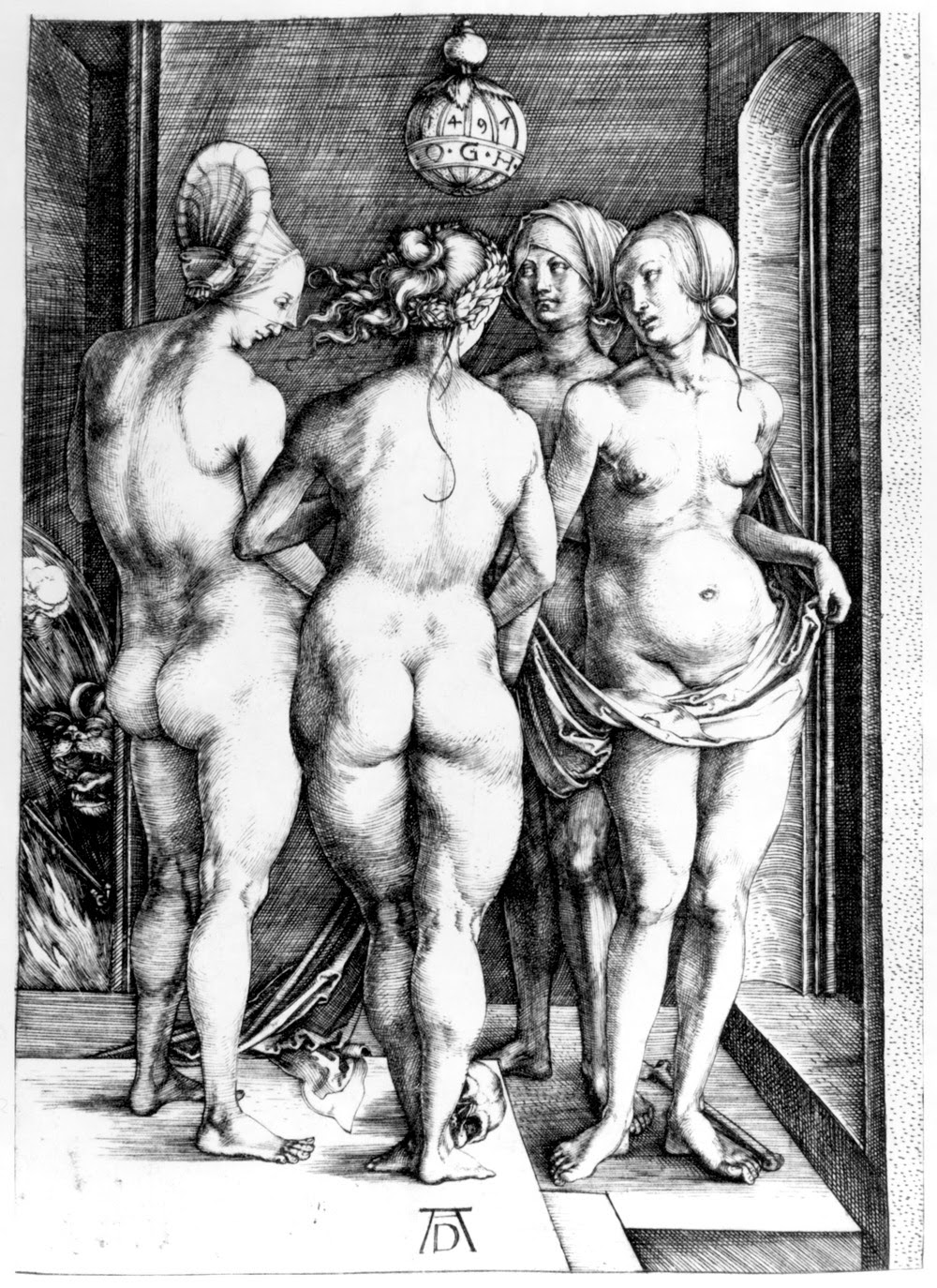 Popular ideas include the four women representing either the Four Seasons or likewise the Elements of earth, wind, air and fire. The wreath-wearing figure has also been identified as Aphrodite, with the other three women cast as The Graces or Three Fates, the classical poses and the wreath lending weight to such a classical inspiration for the work. The idea that the engraving was created as a warning against discord, with the inevitable conclusion of hell and death, is also often cited, as is the belief that the figures are actually young women working in a brothel.
The letters of “OGH” on the ball above the figures’ heads have also received various interpretations depending on which theory one subscribes to, among the most common being:
Odium generis humani – Odium of the human race
Oh Gotte Hute – Oh God Forbid
Ordo Graciarum Horarumque – Order of the Graces and Hours
Marcel Briton has put forward the arguably refreshing idea that there is no actual meaning to the engraving at all, hidden or otherwise, and is simply what it appears – a portrayal of four nude women!
The interpretation that interests us here and has led to the engraving’s common title, is that it depicts three older witches welcoming a new member, (the younger woman on the far right of the picture) into their coven. The skull and bones beneath the feet of the women represent their connection to the devil and the malicious magic they intend to carry out on their unsuspecting victims, while the demon lurking in the corner reinforces the belief that witches were allied with the devil. The nudity of the women is also consistent with tales of witches dancing naked at their sabbats. 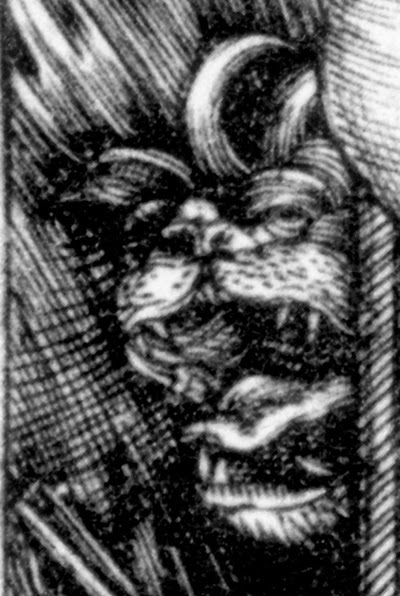 Closeup of the demonic figure in the corner
The timing of the piece is also greatly significant, as, if the numbers on the ball of 1497 do indeed indicate the year of completion, it marks a period when witchcraft was a preoccupation throughout Germany. The Summis desiderantes affectibus, a papal bull issued by Innocent VIII in 1484, gave permission to inquisitors to do whatever might be necessary to punish and correct those who had given in to the temptation of witchcraft. Inspired by the warnings of Heinrich Kramer, the bull confirmed the view that witchcraft had contaminated areas of Germany, urging local authorities to cooperate with the inquisition as it carried out the task of uprooting those who had signed a pact with the Devil.
The vastly influential Malleus Maleficarum (or, in it’s fully translated title, The Hammer of Witches which destroyeth Witches and their heresy as with a two-edged sword) was first published in 1486. Although condemned by the Church three years later, it was a highly influential text, both at the time and in the later mass persecution of witches throughout Europe and beyond.
It has been posited, however, by Dr. Elizabeth Garner that the figures cannot be witches at all. She points out the fact that witches were not portrayed in the nude in the medieval period, and therefore would not have been recognised as such by the picture’s intended audience. Instead she suggests an interpretation that the work is revealing a series of truths about the Dürer family and their connections, linking the engraving with the Dürer’s status as crypto-Jews and the artist’s work on the Apocalypse series of prints. Garner likewise argues that the demon is in fact a dragon, the lack of horns meaning it is unlikely to be a devil. It is also, she points out, the same dragon Dürer produced as part of his father’s coat of arms in a work in 1490, again supporting the family rather than diabolical connection. 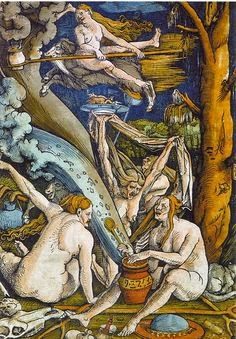 Witches, by Hans Baldung Grien, 1508.
Apprentice to Dürer, the artist was one of the first to portray
witches in the nude.
Whether witches or graces or something else entirely, Dürer’s piece has inspired many copies and interpretations, from Austrian artist Adolf Frohner’s vision (in which the women are portrayed in bras and garter belts) to the piece below by Ukrainian artist Olga Grichanok. 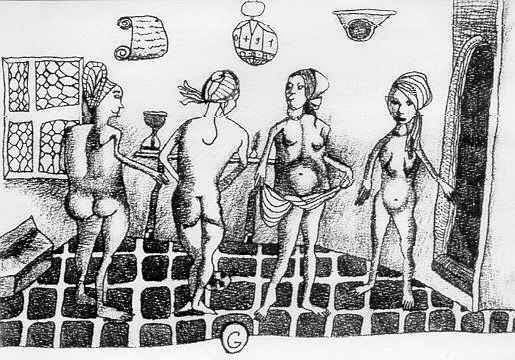 Interpretation by Olga Grichanok
What do you think Dürer’s four nudes represent? Have you come across a piece inspired by this elusive engraving? Comments are always welcome here are the library, as are artworks to add to the collection!