Skip to content
What better way to start Halloween week than with a ghost story? Arthur Tudor, Prince of Wales and ill-fated heir to King Henry VII, although not as widely known as his more infamous younger brother, has attracted an intriguing legend of his own.

One September day in 1501, Arthur, or so the story goes, was enjoying one of many visits to Haddon Hall in Derbyshire. After a day of hunting he decided to go for a walk along the riverbank, finding himself in the nearby village of Hassop. As evening drew on and growing tired, he paused to rest by an old stone cross. As he rested, the ghostly form of a woman appeared to him; dressed in white, and of spectral countenance, she told him that he would marry a foreign bride and that the girl would soon be a widow. With that she vanished, leaving Arthur to return to Haddon Hall, to be told that his intended Spanish bride had arrived at last in England.
There are many variations of the tale. Some have Arthur sleeping, the encounter with the woman happening in a dream. Others locate the events within the grounds of Haddon Hall itself. There are also variations on whether Arthur is told of his bride’s arrival or merely that he is to be married.  They all contain the same basic fact however; a ghostly woman telling Arthur of his impending fate. 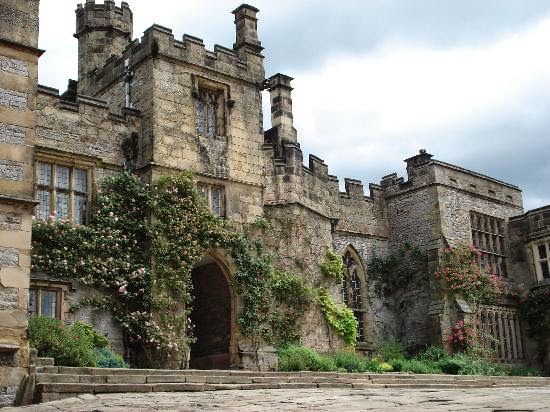 Haddon Hall, Derbyshire
Spectres aside, what truth does the story hold? Sir Henry Vernon of Haddon Hall was Governor and Treasurer to Prince Arthur between 1494 and the Prince’s death, providing a link that would make visits to the hall a possibility. In Highways and Byways in Derbyshire, J.B. Firth upholds the tradition that Arthur spent much of his time at Haddon, though there is no mention of the Prince’s supposed vision or a record of when exactly such visits took place.
The dating of the tale, September 1501 is supported by what we know of Arthur’s life. On 27th September 1501, Catherine of Aragon set sail on her second attempt to reach England, the first having been scuppered by bad weather back in August. This matches the news that Arthur’s bride had set sail but not, as some versions state, that she had arrived in England itself. Catherine in fact arrived in October, and she and Arthur were married in London on 14thNovember, 1501, moving to Ludlow Castle where they were to start their lives together early in 1502.
What of the cross that Arthur was supposed to have rested under? Whether he did or not, or whatever he saw there, there is a possibility that fragments of that cross may still exist today, resting in the churchyard of All Saints Church, Bakewell, not far from Haddon Hall.

A leaflet entitled Look At Bakewell links Arthur’s tale to the cross fragments in the churchyard, asserting that it was the one Arthur sat under when he had his vision. An excavation around the cross shaft at Bakewell confirms that it had been moved to the churchyard from its original setting, and there are assertions by many 19th Century writers that the cross had been moved from another location to the churchyard, although there is no indication of where it was moved from. In 2012 a geographical survey took place at Hassop Crossroads near Bakewell, and during this time it was ascertained that there was indeed an intersection of many tracks, possibly marking the original setting of the cross.
The ghostly woman’s words were destined, sadly, to come true. In March 1502,  Arthur was struck down with an illness that has been described as anything from tuberculosis to a form of the sweating sickness. Arthur died at the age of 15, on 2nd April, 1502, leaving Catherine a widow and thus fulfilling the last part of his mysterious vision. That his last words were “O, the vision of the cross at Hassop!” (or Haddon depending on which version you follow) is, however, unverifiable. He was buried in Worcester Cathedral in 1502 and his widow went on to eventually become the first wife of Henry VIII. 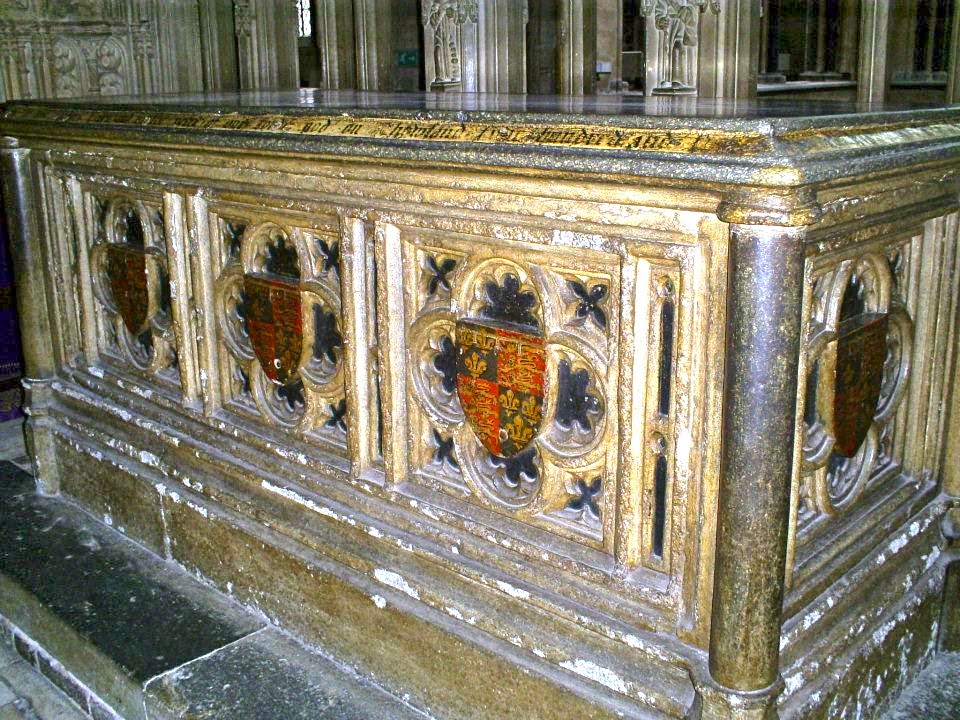