Skip to content
There are very few witchcraft cases recorded for Sussex, but one of those for which details does exist proves interesting reading. Margaret Cooper, wife of William Cooper of Kirdford, Sussex, went before the Sussex Lent Sessions on 18th February, 1575 at East Grinstead. The indictments against her were as follows:
Margaret Cooper, wife of William Cooper of Kerdforde, surgeon, on 1st April [1574] at Kerdforde bewitched Henry Stoner, who languished until 20thApril following, when he died at Kerdforde.
Also on 1st September [1572] bewitched William Fowler, who languished until 4th September following when he died.
On 1stJune, [1574] at Kerdforde, bewitched Elizabeth Fowler, wife of Thomas Fowler, who languished until 20th June following when she died at Kirdford.
There are no further details of what happened to Margaret, but it was recorded that she admitted her guilt and was sentenced to hang, and it is generally assumed that the punishment was carried out. Margaret would have been found guilty under the 1563 Witchcraft Act for causing the death of three people by witchcraft, a crime that carried the death penalty. 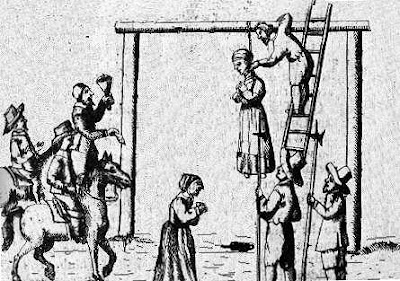 Although the parish registers for Kirdford begin in 1558, there is no mention of the Cooper family until the late 1600s when Thomas Cooper and his wife Sarah had several children baptised at the church of St John the Baptist. The Fowler family are likewise absent until the early 17th century and in both cases were either not recorded or lived in a nearby village. The Stoner family however are present in the registers, with the children of Richard Stoner, the earliest baptised in 1582. A Richard Stoner married Anis Hole on 4thSeptember, 1563 at Kirdford, and another married Joan Aylie 25thJune 1590. 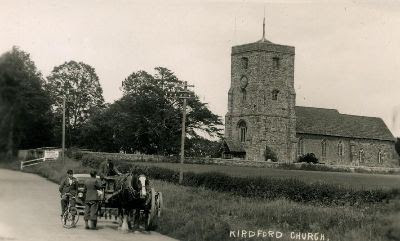 Another accused Sussex witch, Agnes Mowser from Fletching was luckier: Tried and found guilty in 1591 for bewitching Anne Clemans, the daughter of Henry Flemens or Clemans, she was sentenced to a year’s imprisonment. Anne was her first offence, and the girl “languished” but did not die.