Skip to content
Today’s story from the Library began on 15th November, 1657 in the small rural Somerset town of Shepton Mallet and ended a few short months later with the execution of local resident Jane Brooks. Elderly and at least at times in need, she and her sister were accused of doing great harm to a young boy named Richard Jones. 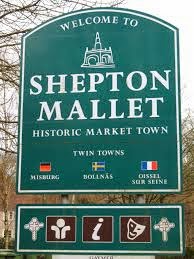 Henry Jones arrived home one day to find his son in great agony down his right side and unable to speak. When he finally recovered his speech, he told his father and cousin that an old woman had come to the door asking for bread; when he gave it to her, (a point worth noting, as usually in such accounts the injury is inflicted in return for a refusal of whatever has been requested) she in turn gave him an apple. After stroking him along his right side with her hand, she left, upon which he had fallen into the state in which his father had found him.
Old women from the village who might fit with Richard Jones’ description, were rounded up and brought to the house in a makeshift identity parade. Among them were Jane Brooks and her elderly sisters. As they entered the house, the boy was once again struck dumb, a sure sign to everyone there assembled that these were indeed the guilty parties.
Upon seeing his son returned to his former state, Henry Jones attacked Brooks, beating her repeatedly until Richard recovered. What state Brooks was in at this point is unknown, but given her age and documented fragile state, it cannot have been a pretty sight.
The story continued when, a week on, Richard Jones met Brooks’ sister, Alice Coward. He again fell ill, seemingly in consequence of the encounter. Over the next few days Richard asserted that a hag visited him on several occasions; on one such visit Gibson, the cousin who witnessed the first case of the boy’s illness, struck the apparition with a knife. At this, so the account goes, Richard Jones cried out,“Oh father, father, cousin Gibson has cut Jane Brooks’ hand and it’s all bloody!” 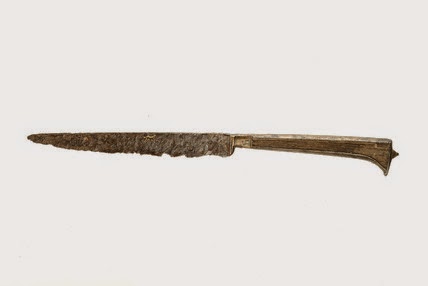 The twist in the tale is that upon being dispatched to Brooks’ house, the constable discovered the woman with an injured hand, supposedly hurt in the exact same way that the apparition had been harmed by the knife wielding Gibson.
With this evidence against her, Brooks and her sister were duly arrested and went before the courts, evidence being given against them in front of the Justices at Castle Cary in December 1657. There the scandal grew; there were claims that Brooks and Coward offered Richard Jones money in order to keep silent (about what in particular is not specified) and when the money was produced and heated, the boy immediately returned to his afflicted state, recovering only when the coins had cooled.
Matters finally came to a head on 25th February 1658. The wife of Robert Iles claimed that, upon visiting their house, Richard Jones was lifted from the ground by an unseen force and transported a distance of three hundred yards, including over a stone wall, before being set down forcefully upon a doorstep. Either through the harshness or the shock, Jones was rendered unconscious. When he came to, Jones claimed that Brooks had grabbed his arm and lifted him through the air. 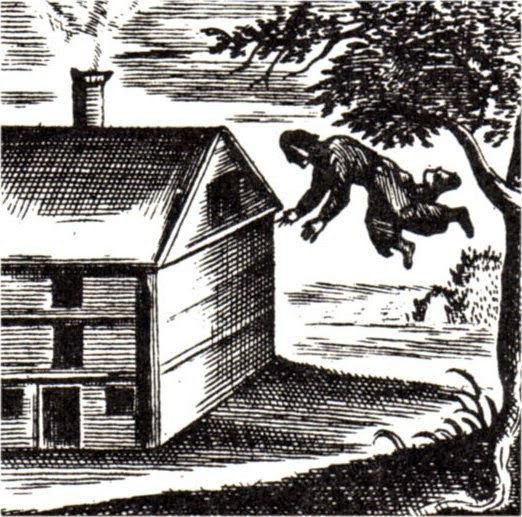 There were also other accounts of strange happenings; in one instance the boy was not where he had been left, discovered collapsed in another room with no idea how he had got there. He was also once found hanging in the air, his hands resting against the ceiling for quarter of an hour. Richard Jones made no secret of his belief that Brooks had lifted him up and pinned him there. To further compound Brooks’ guilt, this feat was supposedly witnessed by no less than nine people.
Jane Brooks and her sister were housed in Shepton Mallet’s House of Correction. Jane was finally condemned to death at the Chard Assizes and executed on 26thMarch, 1658. Alice Coward died in prison, whereas Richard Jones made a full recovery. 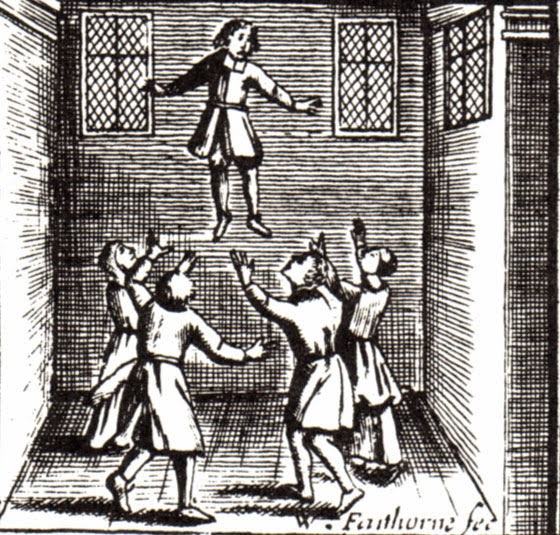