Skip to content
Treason, rebellion, arson and infanticide were just some of the varied crimes that were tried at the Spring Assizes at York in 1649. Fourteen men and seven women were found guilty and condemned to die, a total of twenty-one from across Yorkshire. 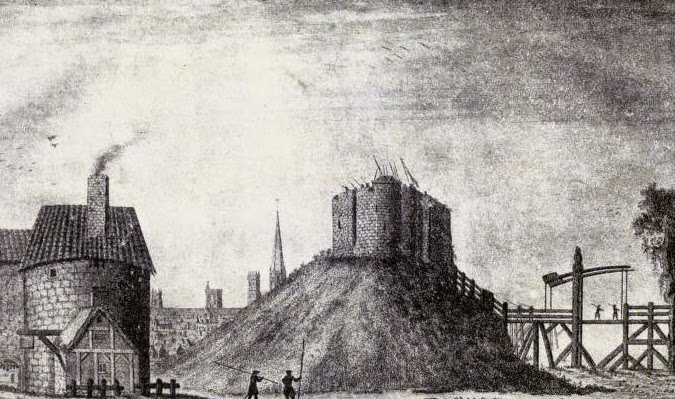 York Castle, 1644.
The men were all found guilty on charges of treason and rebellion and sentenced to hang. Of the women, forty-three year old Jane Lickiss from Shipton had strangled her maid, Mary Lumley, whilst she slept. Emma Robinson from Masham, also know as “Fair Emma”, had poisoned Mary Wood, a fellow maid, due to jealousy between them. Hannah Meynell was charged with attacking George Meyers with the intent to kill him. Two women were guilty of arson; Grace Bland who set fire to the house of her mistress, and Ellen Nicholson from Selby, who likewise burnt her master’s house to the ground. Twenty-seven year old Elizabeth Thomlinson was found guilty of murdering her bastard child. Thomlinson, Robinson and Lickess were hanged and then burned, the rest presumed hanged, with Meynell’s body being given to the surgeons to be dissected.
By far the most fascinating and disturbing case tried however was that of Isabella Billington. Recorded in Records of York Castle: Fortress, Court House, and Prison, Isabella, aged thirty-two:
“…was sentenced to death for crucifying her mother, at Pocklington, on the 5th January, 1649, and offering a calf and a cock as a burnt sacrifice.” 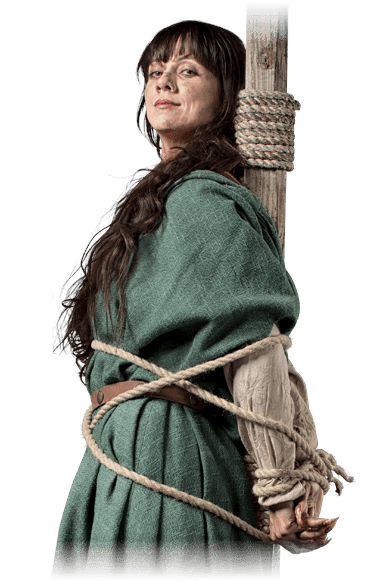 “Isabella Billington” at York Dungeon.
(Some more recent sources say that she was burnt for her crimes, but this is not stated in the original account.)
Just what the events were that led to this violent outcome have been lost, and the only reference to Isabella and her crime is that in the 1880 publication, Records of York Castle. Interestingly, she is not named as a witch, but the offering of a sacrifice suggests that this might well have been the implication drawn from her deeds. Isabella’s husband was also found guilty of assisting in the grisly crime, and was sentenced to death along with her.
On Saturday 30th April, 1649, the condemned were processed to Knavesmire in York. The men were on sledges, with seven on each one and guarded by the sheriff’s officers and a total of twenty-four dragoons. The women, however, were transported in two carts, fifteen dragoons guarding them on each side as they went along.

Knavesmire, York. A large part of the area is now York Racecourse.

“On entering Castlegate that street appeared one mass of human beings, and the solemn procession was stopped for some time before it could proceed, the people were so closely jammed together. The whole of the twenty-one culprits joined as one voice in singing psalms from this street to the gallows.”
Isabella and her fellow condemned were not alone in meeting their fate at York; between 1379 and 1879, it is believed that at least five hundred and sixty four people were executed at York, through beheading or hanging. Knavesmire was the location of the gallows until the last execution there in 1801, when they were moved closer to York Castle. 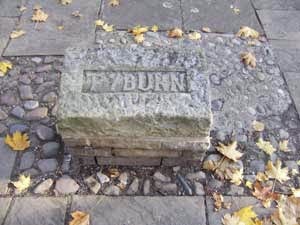 Stone to mark the location of the execution site at Knavesmire, York
Although Isabella was tried and executed at York, Pocklington itself was not a stranger to witches. Petronel Haxby was executed there in 1642, and Old Wife Green was, in 1631 “burnt for being a witch,” both meeting their end in Pocklington Market Place. A Thomas Dobson was also buried on 24th March, 1643, apparently dying due to a bewitchment. 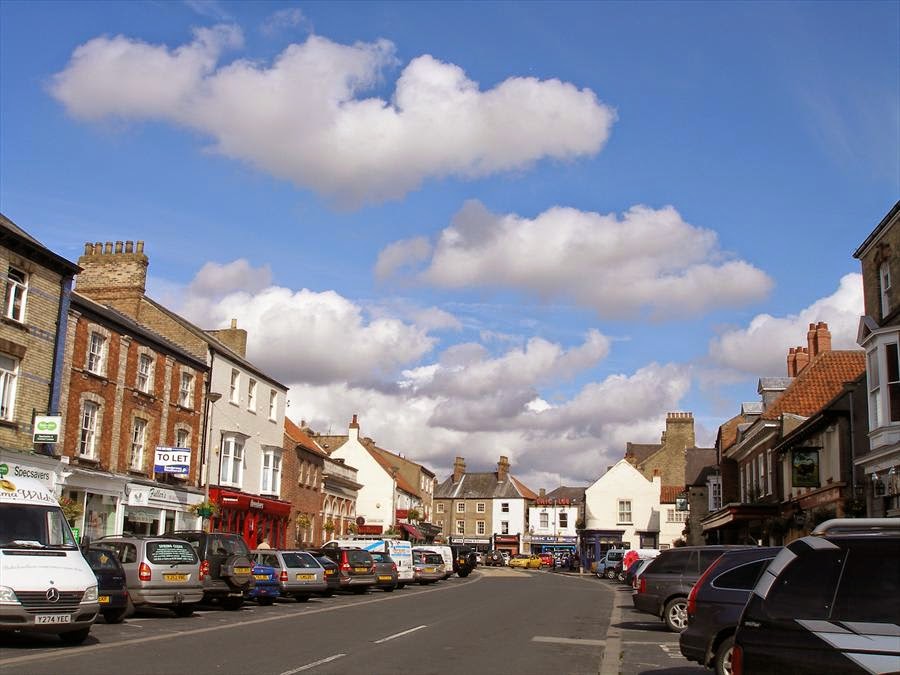 1 thought on “Condemned at York: The Gruesome Crime of Isabella Billington”