Skip to content
Almost everyone knows the name of Matthew Hopkins; self-styled Witchfinder General, he was responsible for the death of approximately one hundred accused witches in the period 1645-47. The majority of these witches were women, and Mary or Mother Lakeland, the wife of an Ipswich Barber, was one of many who fell foul of the witch panic in 1645.
Accused along with a neighbour, Alice Denham, of practicing witchcraft with the intention to cause harm, Lakeland was said to have admitted to murdering her husband, causing William Lawrence and his son upset and eventual death after he asked for the repayment of a loan she could not afford, and murdering the maid servant of a Mrs Jennings who had also asked for the repayment of a small loan made to Lakeland. Lakeland further admitted to bringing illness to a former suitor of her grand daughter – the man had spurned the girl and so she, Lakeland, had taken revenge by sinking his ship and causing a wasting illness that had ravaged his body. Furthermore, she confessed to making a pact with the Devil, where he had scratched her hand with his claw, the contract between them signed with her own blood. 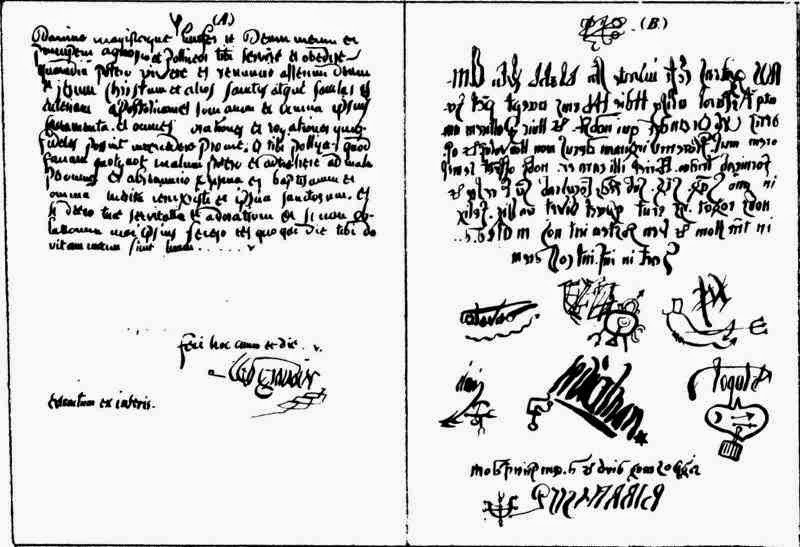 Example of a written contract with the devil,
signed by several demons
Unlike their continental counterparts, the use of torture was forbidden by law in English trials, but Hopkins and his fellow witchfinders got around this prohibition by using less overt methods such as sleep deprivation and walking the suspect up and down for days on end. Through such methods, the accused was so befuddled and tired that they would say whatever was wanted of them, and many a confession was gained that way.
Lakeland was duly found guilty, and, in a rare example of the time, burned at the stake on Tuesday 9th September, 1645. In England, hanging was the usual method of disposing of witches, but because she was found guilty of killing her husband, Lakeland was in fact guilty of petty-treason, and thus subject to the punishment attached to that crime. 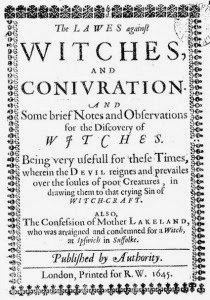 Attracting great interest, a pamphlet was published within the month to report on the case, and some speculate that it was written by Hopkins himself. Henry Reade, the fickle suitor, started to recover shortly after Lakeland’s execution.
There is a further interesting post-script to the tale, suggesting that Ipswich did not see the last of Mary Lakeland on that fateful Autumn day. In 1997, staff of the coincidentally-named Lakeland Store located in the Ancient House in the Butter Market, Ipswich, experienced a series of strange happenings. Flowers were rearranged when no one was in the building, belongings vanished and reappeared, and a staff member was locked in the cellar, until the door inexplicably burst open again. Later research uncovered the fact that John Lakeland’s barbers shop was in that very area, and some say that Mary Lakeland did not leave Ipswich for good after all. 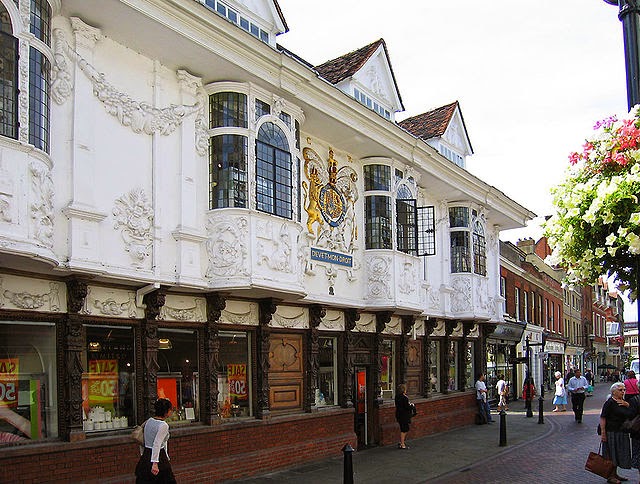