Skip to content
Tales of strange disappearances and people being transported from one place to another through mystical means are not uncommon in English myth and folklore. What is perhaps more surprising is to find them contained in accounts that purport to be a more ‘accurate’ telling of historical events.
Such an example is the 1652 pamphlet detailing the trial for witchcraft of several people from Cranbrook, Kent. Tacked onto the end of (and seemingly utterly unconnected to) the telling of the unhappy end of those accused, is ‘A true Relation of one Mrs Atkins, a Mercer’s Wife in Warwick, who was strangely carried away from her house in July last.’ If this were not enough to grab the attention of the reader, it transpired that the missing woman had not been seen since. 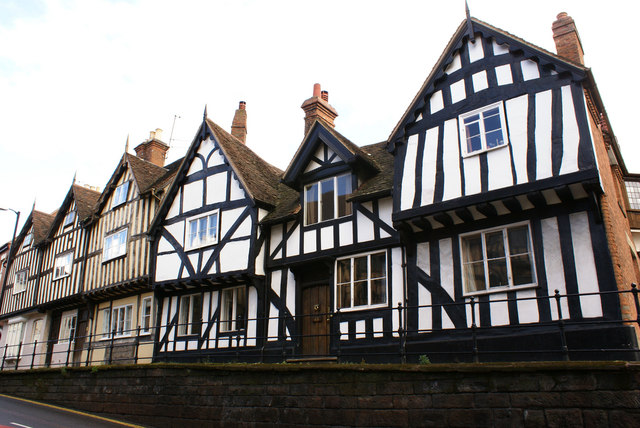 (Creative Commons, Colin Craig)
It all started on the night of Saturday 24 July, 1652. Mrs Katherine Atkins had been standing at her door, when a ‘certain unknown woman’ approached and asked for two pence. Mrs Atkins however, pleading a lack of money herself, refused. Not to be put off, the woman then asked for the pin that Mrs Atkins had on her sleeve. This was duly removed and given to the woman, who seemed most grateful for the gift. Touched by her display of thanks, Mrs Atkins invited her to stay a while, offering to prepare some food, or, if she preferred, the gift of some thread or something else from the shop. The woman however took offence at this and she answered:
‘she would have nothing else, and bid a pox on her victuals, and swore (by God) saying ‘You shall be an hundred miles off within this week, when you shall want two-pence as much as I.’
With this ominous pronouncement, the woman went away, still grumbling to herself and leaving Katherine Atkins suitably shaken.
Come morning, her mind was still unsettled when she thought of what had occurred, and Mrs Atkins sought the advice of several friends for what to do. No one seemed to be able to offer a solution however or much in the way of reassurance, and on 29 July the tormented woman confided in a family member that she was very worried indeed about what the visitor had foretold. There was a glimmer of hope however; the time that the woman had pronounced her fate was to occur was almost passed: it might therefore not transpire as had been predicted after all.
This tentative optimism turned out to be premature: on Thursday night that week between eight and nine, Mrs Atkins visited her husband’s shop. The unfortunate woman was last seen in the entrance way, before vanishing immediately before the very eyes of witnesses. No one knew where Mrs Atkins had gone or how she had been whisked away, and her whereabouts were unknown at the time of the pamphlet being printed. The tale ends with the entreaty that:
‘The desire of her husband and friends is of all the inhabitants of this Nation, that if they hear of any such party in such a lost condition as is before expressed; that there may be speedy notice given thereof to her Husband in Warwick, and that all convenient provisions both of horse and money may be made for the conveying of her to the place aforesaid.’
As well as exhorting anyone who located the missing woman to aid her return to her home and family, the author goes on to ask most earnestly that ministers everywhere across the country, and in London in particular, could offer their prayers to God to help Mrs Atkin’s return.
A fantastical story indeed. While the events themselves are questionable to say the least, the Atkins family of Warwick did in fact exist. Thomas Adkins or Atkins was baptised at St Mary’s, Warwick, in 1612 to John and Elizabeth Adkins, and he had at least one brother, John, baptised 1615. There is no record of Thomas’ marriage, but the parish registers contain baptism records for several children to Thomas and Katherine Adkins, including Alicia Adkins baptised 1634 and Anna Adkins baptised 1639. Further evidence regarding the couple can be found in the Hearth Tax index for Warwick which includes a Thomas Adkins living in Market Place, Warwick, and the records confirm that he was also known as Atkins. 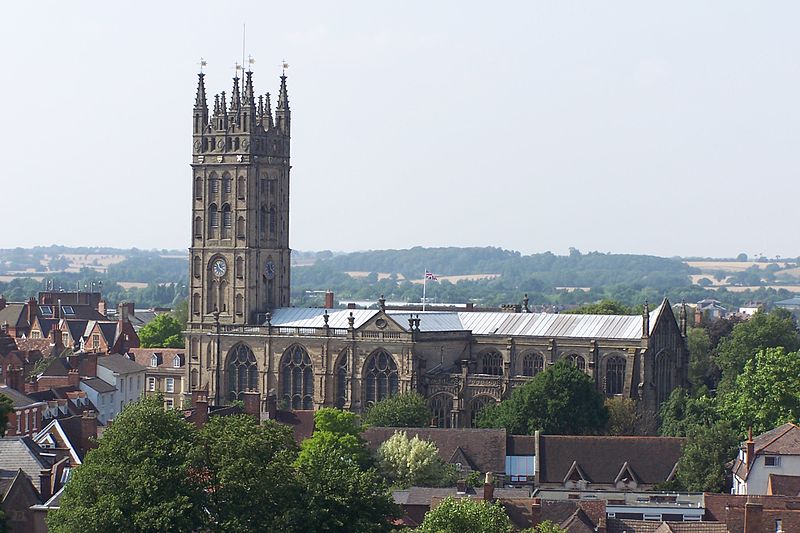 Warwick St Mary, as it is today.
(Creative Commons, Chris Nyborg)
How Katherine returned to her home in Warwick or how long she was missing for is unknown, but it appears the situation had a favourable outcome. Several more children were baptised to the couple in the years that followed her supposed disappearance, and Katherine herself was buried in Warwick St Mary’s 25th January 1669. The truth behind her absence and the identity of the mysterious woman who cursed her remains a mystery, although it is unlikely that either were quickly forgotten by Katherine and Thomas Atkins.