Skip to content
What immediately springs to mind at the words “Lancashire” and “Witches” are the infamous Pendle witch trials of 1612. There were, however, several later cases in the same area: one such occurred in 1634 when ten year old Edmund Robinson related a fantastical story regarding his experience with local witches.
He had, he insisted, witnessed dogs turning into people and all manner of strange goings on, and on 10th February young Edmund described before two magistrates in great detail the witches’ sabbat he had seen, consisting of around 60 or so people, both men and women. He identified 19 of them, several of whom were already rumoured in the local area to be witches. The boy in fact became something of a celebrity: going from church to church he was pressed to identify those who were guilty of witchcraft, pointing the finger at many as he went. In total, around 30 people were arrested, with 17 to attend trial at the Lent Assizes in Lancaster. All apart from one were adamant that they had done nothing wrong, denying utterly that they were witches.
Amongst the accused was 20 year old Mary Spencer from nearby Burnley; too young to remember the events of the Pendle trials, she could not have failed to have heard of Old Demdike and Old Chattox and the fate of their supposed confederates, and the fate that could likewise await her.
The daughter of John Spencer and Mary Mitchell, there is no record of Mary’s birth; from her age given at her trial we can infer that Mary was born around 1614. There is a record of a female child baptised 16th December, 1610, daughter of John Spencer, who may or may not be Mary, depending if she was precise with her age. 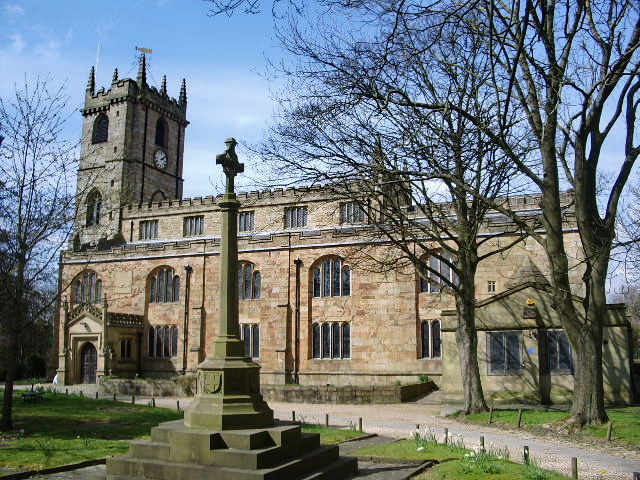 St Peter’s Church, Burnley
Copyright Alexander P Kapp
John and Mary Spencer had been accused and arrested for witchcraft along with their daughter: between them, they were charged with wasting and impairing the body of John Leigh, killing Henry Roberts of Clevinger, impairing the body of Sarah, wife of George Frost, and killing one horse and several other beasts and cattle belonging to Nicholas Cunliffe. Her mother also had a “pap” or suspicion mark on her hip, further evidence that she was guilty.
The accusations against Mary herself were spurious to say the least. She was accused of bewitching a collock (a one handled bucket or pail) and was charged with:

“…causing a pale or collock to come to her full of water 14 yards up a hill from a well.”

She also had two paps or marks in her “secrets.”
Although the accusations were initiated by Edmund Robinson, it seems that the Spencer involvement in the sorry tale was due to the malice of the previously mentioned Nicholas Cunliffe. According to Mary, Cunliffe had been against her parents for the last five years or so, and was instrumental in their having been arrested at the previous assizes. He had got his revenge; both her parents were dead by the time Mary was brought before the Bishop of Chester on 13th June to give her version of events. 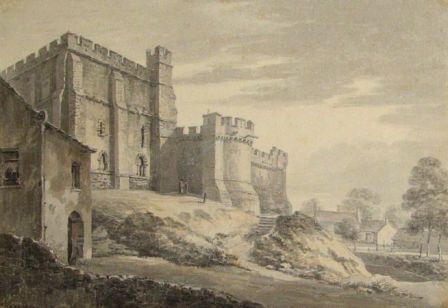 Lancaster Castle, 1778
She was not a witch, Mary vowed, far from it. On the contrary, she regularly attended church, and not only that, she used to take home what she had heard there to pass on to her parents. In fact it was recorded that she “utterly denies that she knows any witchcraft, or ever did hurt to anybody thereby.” (The implication that John and Mary Spencer did not attend church themselves is an interesting one; perhaps illness or old age prevented them from doing so, or they might have been at odds over religious differences which might have in turn contributed to the accusations against them.) Furthermore, Mary proved that she could recite the Creed and the Lord’s Prayer, demonstrating her religious inclinations. She defied the devil, refusing to throw in her lot with him, and hoped that Jesus would save her from the perilous situation in which she found herself.
But what of the bucket? She would, Mary insisted, have cleared up the whole matter at the hearing itself, only conditions had not been conducive to her doing so. The wind had been howling, and the noise of the crowds who had come to witness the spectacle was so loud she had not been able to hear when she was told of the accusations against her. The answer was simple:

“When she was a young girl and went to the well for water, she used to tumble or trundle the collock or pea, down the hill, and she would run along after it to over take it, and did overhie it sometimes, and then might call it to come to her.”

There was nothing magical or bewitched in that, simply the usual behaviour of a bucket rolling down a hill. She could not, Mary was adamant, make it come to her in any other way. Her final affirmation was that she was not afraid of death: sure of her innocence, she would find heaven through it. 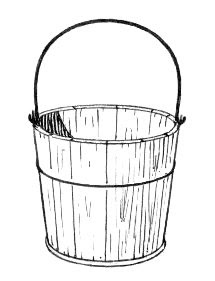 After the Bishop heard from the remaining surviving suspects, doubts still remained regarding Robinson’s testimony. The case was passed to the Privy Council, a move which resulted in four of the accused, including Mary, being transferred to London in an attempt to clear up the matter. On arriving in London the suspected witches were taken to the prestigious Ship Tavern.
During their stay in the capital, the suspected witches were again physically examined. Contrary to the evidence against them from Lancaster, after examination by a team of seven surgeons and ten midwives under the direction of the renowned Dr Harvey on July 2ndat Surgeon’s Hall, Mugwell Street, London, it was declared that there was found:

“on the bodies of Janet Hargreaves, Frances Dicconson, and Mary Spencer nothing unnatural nor anything like a teat or mark.”

Slowly, the case was starting to unravel. Nothing could be found to support the accusations against the women, their initially impressive lodgings now exchanged for the less salubrious Fleet Prison where the curious could pay a fee to visit and gawk at the imprisoned witches. And then, 16th July, when examined again, Edmund Robinson finally came clean. He admitted that he had concocted his stories of the witches and their meeting from a combination of tales of the Pendle witches of 1612 and rumours about the local women he had accused. There was no other truth in what he had come up with, and no one had put him up to it.
The fact that Edmund and his father were also imprisoned during their stay in London no doubt played a large part in the boy deciding to fess up. His father had lodged a complaint a short while before regarding their treatment and his ignorance of the reason they were being locked up. Events after this become somewhat hazy, and although it was said that the suspected witches were seen by King Charles and his council and pardoned, there is no official record of this. What is known is that, after Robinson’s confession, the surviving accused were taken back to Lancaster, Mary among them. Whether pardoned or not it made little difference, as they returned not as free women, but prisoners. Indeed, Mary was still imprisoned at Lancaster Castle on 22nd August, 1636, when she was listed in a Calendar of Prisoners there. Her ultimate fate is unknown.