Skip to content
From the middle of the 16th century, to be found guilty of witchcraft was officially a felony in England. Accordingly, if you were unlucky enough to be found guilty of carrying out a range of related practices, you could expect to find yourself facing punishment, from a relatively lenient stint in the pillory to facing the gallows.
What could lead to conviction? And what punishment could you expect at any given point throughout the two centuries that followed? Here is a handy run-down of witchcraft legislation in England. 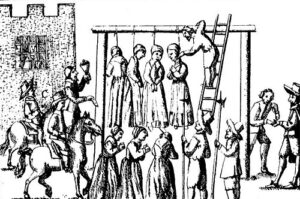 1542 Witchcraft Act: An Act against Conjurations, Witchcrafts, Sorcery, and Enchantments.
This short-lived piece of legislation appeared on the statute books in the closing years of the reign of Henry VIII, stipulating that to be found guilty of killing someone by witchcraft was punishable by death. The guilty party would also forfeit their lands and goods, and the option of benefit of clergy (the sparing of life if the condemned could read a passage from the bible) and sanctuary were also revoked.
Death was likewise the punishment for the crimes of causing wasting or illness by witchcraft (or even the intent to do so), wasting or destroying another’s goods (and again the mere intent to do so was considered as bad as actually carrying out the act itself) attempting to locate treasure, money or stolen goods, and also inciting someone to love another against their will through magical means.
Image magic, i.e. creating an image of a person and causing harm to them through the pricking or otherwise tormenting of the image, was also included in the list of actions leglislated against in the act.
The digging up of wayside crosses to find treasure that was suspected to be buried underneath was clearly a problem in Tudor England, and accusations and arrests for this offence were still taking place well into the first quarter of the 17th century.
Interestingly, the actions mentioned in the Act were those more often associated with men than women, with the exception of love magic, suggesting that the stereotypical woman witch was not the true target of this piece of legislation.
The act was repealed by Henry’s son, Edward VI upon his accession to the throne in 1547.
: 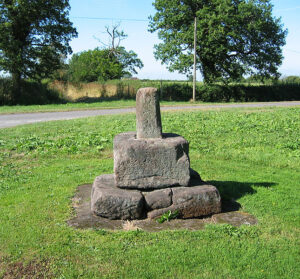 The remains of Woodhey Cross, Cheshire
(Image by Espresso Addict)
1563 Witchcraft Act: An Act against Conjurations, Enchantments and Witchcrafts
Witchcraft didn’t return to the English statute books until 1563, during the reign of Elizabeth I, and this Act marked the first concerted move against witchcraft and related actions.
Causing death by witchcraft was still punishable by death and the removal of benefit of clergy and sanctuary still applied. (Where loss of goods and lands were concerned however, dower portions and inheritance were  now exempt from the general rule.)
A sliding scale of offences came into force with this act, as the wasting of another or causing lameness or likewise destruction of goods was punishable on a first offence not by death, but by imprisonment for twelve months. The guilty party would also have to suffer a stint in the pillory four times during that year, along with publically confessing to their crime, but it was still, arguably, better than the previous blanket alternative. (Given the state of the prisons and the frequency of outbreaks of illness however, many unfortunately did not survive their incarceration.)
A second offence was treated less leniently however, and to be found guilty a second time for the offence of causing wasting or destruction of person or goods resulted in death. A second offence of intending to cause wasting and lameness or destroying goods was punished by imprisonment for life, as was attempted treasure hunting and provoking others to unlawful love.
Victims of this Act include:
Agnes Waterhouse, the first to be executed for witchcraft in England, executed 1566
Alice, Agnes and John Samuel, The Warboys Witches, executed 1593 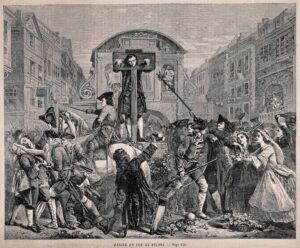 (Image: Wellcome Collection)
1604 Witchcraft Act: An Act against Conjuration, Witchcraft and dealing with evil and wicked spirits.
This Act was one of the earliest pieces of legislation to be passed in the reign of James I – hardly surprising from a monarch with such a personal interest in witches. (James published his anti-witchcraft Daemonologie in 1597, and he was believed to hold a personal vendetta against witches due to his belief that the Berwick Witches had tried to kill him and his Queen.)
As with previous legislation, death was the punishment for bewitching someone to death. Causing illness or destroying goods was again punishable by death for a first offence rather than the two-tiered approach of the 1563 Act. For intending to cause illness or harm to goods, treasure hunting or love magic, a first offence brought imprisonment for a year and four stints in the pillory (for 6 hours at a time) and a repeat offence of any of these acts however brought the death sentence.
A noteworthy departure made the calling up of or communicating with spirits or familiars punishable by death for the first time, rather than just causing death by such means. An additional crime listed in this Act was the exhumation of corpses for use in witchcraft.
Victims of this Act include:
Anne Whittle and Elizabeth, Alizon and James Device, among the infamous Pendle Witches – executed 1612
Mary Lakeland, one of England’s very few verifiable witch burnings, executed 1645 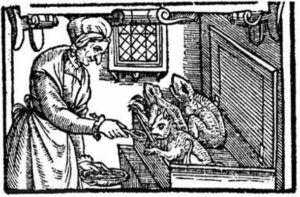 1736 Witchcraft Act:
Under this act in the reign of George II witchcraft ceased to be a felony; instead the belief in witchcraft became the crime and those who accused others of being a witch could and did find themselves – often bewildered to be doing so – before the courts at the instigation of those they had accused.
Despite the passing of the Act, belief in witchcraft and related superstitions was slow to decline, and particularly in areas such as Devon and Dorset, suspected witches continued to be attacked and accused outside of the court room well into the 19thcentury and beyond.
The Act itself was used well into the 20th century, most famously in the case of the prosecution and imprisonment of spiritualist medium Helen Duncan in 1944. The Act was not repealed until 1951, when it was replaced by The Fraudulent Mediums Act.
People convicted under this Act include:
Helen Duncan, the last person to be imprisoned under the Act, imprisoned January 1944
Jane Rebecca Yorke, for pretending in the existence of spirits of the dead, (last person convicted under the Act) bound over and fined £5, July 1944 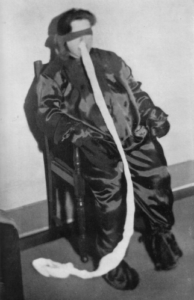 Helen Duncan displaying the ‘ectoplasm’ for which she was
so famously known.
(Image: Wikimedia Commons)