Skip to content
You would be forgiven for thinking that tales of people spontaneously igniting are better suited to an episode of The X-Files than a witchcraft blog. In the strange case of Grace Pett, the sixty year old wife of an Ipswich fisherman, however, the two are not so very far apart at all.

On the evening of 9thApril, 1744, Grace and her daughter had been celebrating the return of another daughter from Gibraltar. The women sat up talking and drinking well into the night, making the most of their reunion. At around 10pm, Grace retired to bed, the daughter who shared her room when Mr. Pett was at sea going with her as usual.  Midway through preparing for bed, Grace returned downstairs, something which was again not out of the ordinary in the household. Her daughter, exhausted by the day’s celebrations and thinking nothing more of the matter, fell into a deep sleep.
What happened in the following hours, no one could say for sure. Upon waking at around 6am, Grace’s daughter found herself alone in the bed, with no sign of her mother. Concerned, she made her way downstairs, where a most gruesome sight awaited her.
Grace’s body was “burning with a glowing fire without flame”, and although her daughter attempted to extinguish the fire with two bowls of water, she was too late to save her mother. Grace’s ankles and feet, sticking out of the fireplace, were the only parts of her untouched by the flames. It was reported that:
“the Trunk of the Body was in a manner burnt to Ashes, and appeared like an Heap of Charcoal cover’d with white Ashes, the Head, Arms, Legs and Thighs were also very much burnt.”
During the investigation that followed, Grace’s daughter insisted that she could think of no reason why her mother would have gone downstairs other than to smoke a pipe, of which she was in the habit. She also swore that although gin had been freely consumed the night before, Grace was not addicted to drink.
A Mr. Love who had attended the coroner’s inquest into Grace’s death, reported in a letter to his brother that:
“…her Body was found quite burnt, lying upon the Brick-Hearth in the Kitchen, where no Fire had been, with the Candlestick standing by her, and the Candle burnt out with which she had lighted herself down.”
The floor under the body, along with clothes and a paper screen nearby were unscathed. There was nothing in evidence to explain how a fire had been produced that would be hot enough to reduce Grace Pett to ashes.
After much investigation, a verdict of accidental death was returned, though just what form that “accident” had taken was decidedly unclear.
There were some, however, who thought they knew the answer. For it turned out that Grace Pett was not well regarded in the area, and, with a reputation amongst her neighbours for being a witch, it was not long before rumours began regarding the real cause of her death.
A Mr Garnham lived at Purdis Farm, two miles outside of Ipswich. The welfare of his sheep had caused him great consternation of late, as they seemed to be stricken by a strange disease that caused them to “whirl around and cut sundry strange capers.” The animals eventually died of their unexplained ailment, and it was suggested to him that the sheep had been bewitched.
Following the advice of his wife, Mr Garnham consulted Mr. Winter, the local cunning man from Ipswich who was held in high regard. Garnham was duly instructed to burn one of his diseased sheep alive, Winter assuring him that if he did so, the suspected witch would appear at the scene in great distress. The ritual would only work if those present remained silent, but if they did, the person guilty of bewitching the animals would be consumed, just as the burning animal was destroyed by the flames.
Accordingly, a large fire was set up, though the sheep struggled so much that the plan was modified somewhat, with the poor creature finally being crammed into the oven instead. It was not quite big enough to taken the unfortunate animal however, and the bound feet remained hanging out. 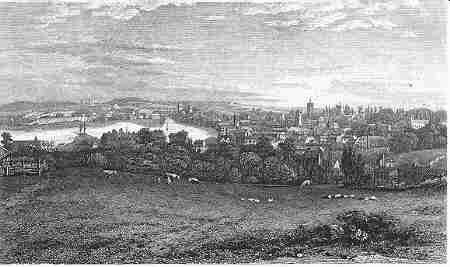 View of Ipswich from Bishop’s Hill.
It was rumoured that the same night, as the sheep burnt, Grace Pett was seen making her way over Bishop’s Hill towards Garnham’s farm, clearly in great agony as she went. She then, according to the tale that spread, took herself home where she lay down in her own fireplace, only to be consumed by fire, all except for her feet and hands which, like the sheep’s feet, were untouched.
News of Grace’s death spread quickly and the curious came from miles around to view the perlexing remains. But what really happened to Grace Pett that night? The coroner’s report concluded that there was not enough fuel on the scene to reduce her body to ash, but that was exactly what seemed to have happened. Had the old woman, drunk too much, fallen foul of her enemies, or was something far more sinister at play? The truth, in this case, will probably never be known, but, as always, there is plenty of room to speculate. 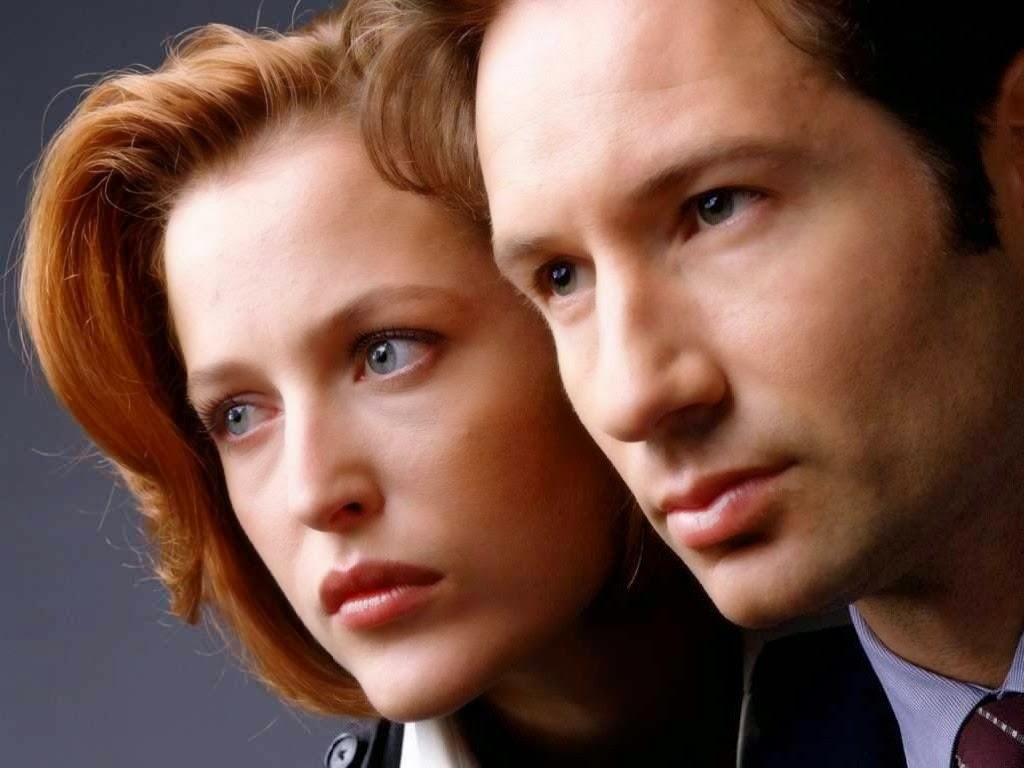 Because you can never miss an opportunity for a picture of Mulder and Scully.

1 thought on “The End of a Witch, or Spontaneous Combustion? The Tragic Fate of Grace Pett”