Skip to content
With a glass of wine and the sound of bird song on a glorious summer evening, the world of 16th Century Essex could not feel further away. Turning to the dusty tome before me however, the story of Agnes Waterhouse beckons; the sixty-four year old witch from Hatfield Peverel, the first woman to be executed for witchcraft in England.

The whole matter, put simply, revolved around a cat. Gifted to Agnes by Elizabeth Francis (a neighbour and, possibly, sister), the pet was a white cat called Satan or Sathan,that had belonged to the woman for the best part of fifteen years. Satan would, Elizabeth assured Agnes, do whatever she asked of it,in exchange for milk and a drop of blood.
Eager to put the claim to the test, Agnes fed Satan as instructed, before ordering the cat to bring about the death of one of her own pigs. When this proved successful, it was said that she killed three of Father Kersey’s hogs, drowned Widow Gooday’s cow, and ruined the brewing and butter of other neighbours with whom she had disagreements. 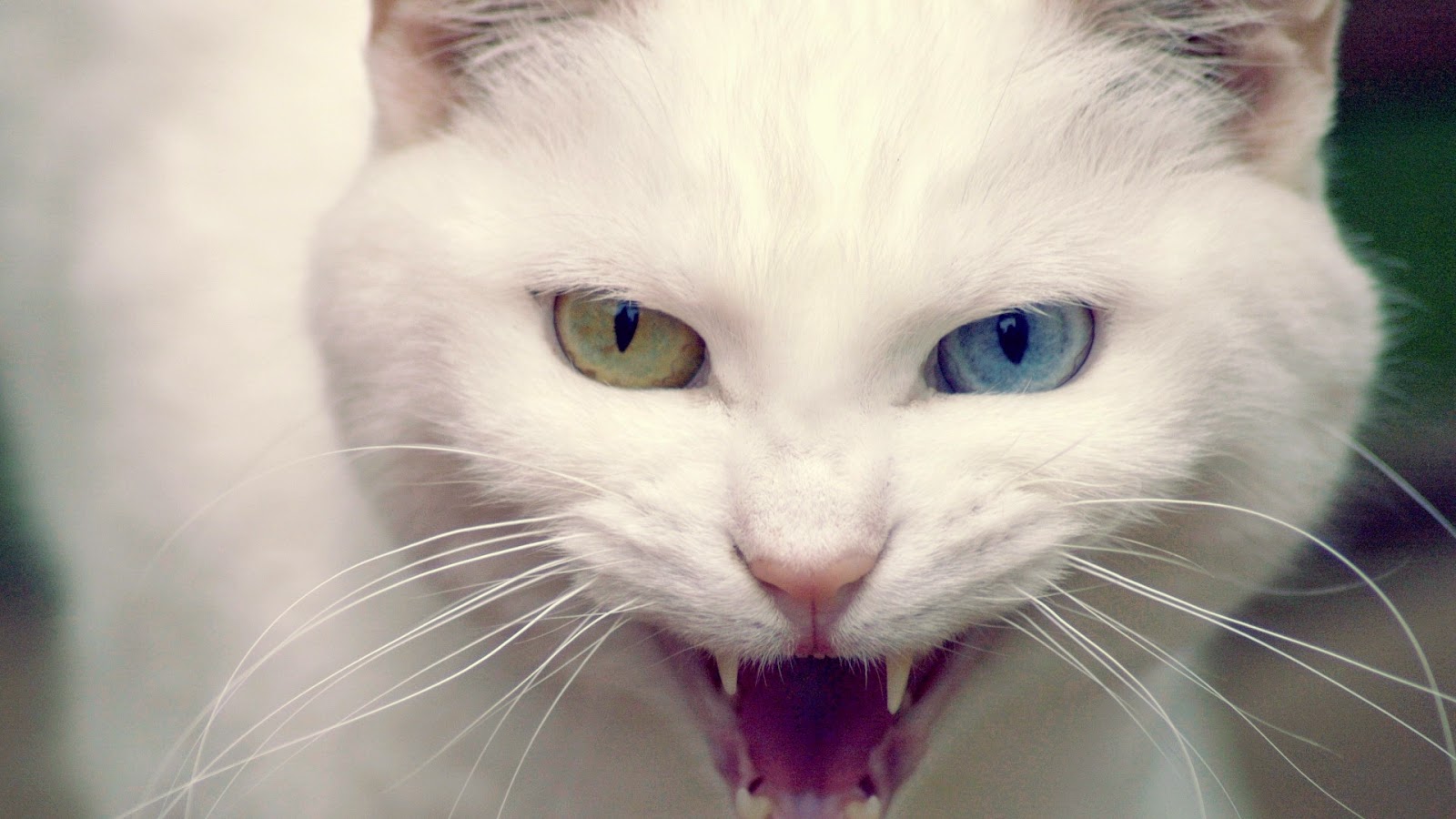 After a spate of such events, Agnes, her eighteen year old daughter Joan, and Elizabeth Francis were finally arrested in 1566. Agnes was put on trial, charged with causing illness to William Fynne, who had died in November of the previous year. She was also accused of using magic to kill livestock, cause illness, and bring about the death of her own husband.
More damning evidence came from a young girl named Agnes Brown. She swore that she had been visited by a demon in the guise of a large black dog, that, when questioned, indicated it had come from Agnes Waterhouse. This was corroborated by Agnes’ daughter, Joan, who testified to the existence of the cat, Satan, and also the dog demon, whom she herself had sent to terrorise the neighbourhood girl.
Agnes also confessed to turning the cat into a toad. Her own poverty, was, she insisted, the motivating factor. The cat had slept on some wool, but, when forced to take the wool back due to her own need, she reasoned that a toad could more happily live happily in a pot without such comforts. 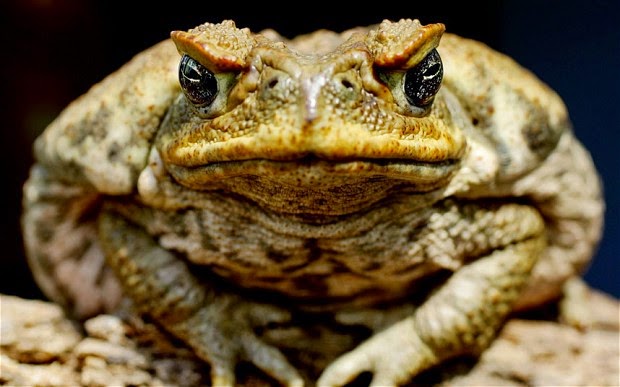 Although the newly passed Witchcraft Act of 1562 was somewhat more lenient than it’s predecessor, the Act Against Conjurations, Enchantments and Witchcrafts was firm on one point. If such actions resulted in the death of the victim, the accused was to be punished by death.
According to witnesses, Agnes repented, adding to her previously confessed crimes that of sending Satan to harm the goods of a tailor named Wardol and the fact she had performed sorcery for the last twenty five years. She was hanged on 29thJuly at Chelmsford. 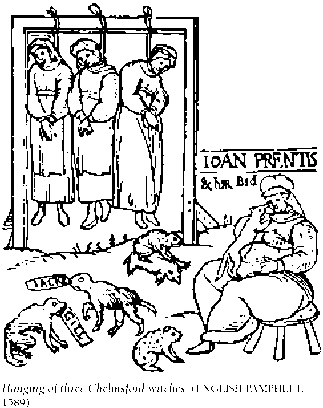 Her daughter, Joan Waterhouse was set free. Elizabeth Francis was given a lighter sentence, (despite being charged first and also confessing to using the cat to cause harm) but was hanged after a second conviction thirteen years later.
Another interesting feature of the case was the prominence of those attending: Queen Elizabeth’s attorney and  the justice of the Queen’s bench both attended Agnes’ second examination.