Skip to content
The image of the witch being burnt for her crimes is a familiar one, well established in the popular imagination. It might be surprising to learn therefore, that although a frequent occurrence in Scotland and on the Continent, there were only a handful of suspected witches burnt in England, and even those few that come down to us through various sources cannot always be verified. (It must also be noted that if a suspected witch was burnt it tended to be for another crime such as treason or petty treason – the fact that witchcraft was involved did not legally lead to burning.)
An example of death by burning is related in the 1652 pamphlet, The Witch of Wapping, which includes the execution of Prudence Lee for murdering her husband.
“Then the Executioner setting her in a pitch barrel, bound her to the stake, and placed the straw and Faggots about her; whereupon she lifting her eyes towards Heaven, desired all that were present t pray for her; and the Executioner putting fire to the straw, she cried out, Lord Jesus have mercy on my soul; and after the fire was kindled she was heard to shrike out terribly some five or six several times.” 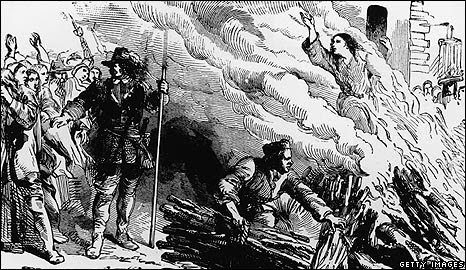 But who actually met this fate? In The History and Antiquities of the Flourishing Corporation of Kings Lynn, published by Benjamin Mackerell in 1738, there is the following entry:
1590 One Margaret Read was this Year Burnt at Lynn for Witchcraft.
Although there is very little know regarding this case, and some doubts as to whether it took place at all, an enduring legend has grown up around Margaret Read. In the brickwork of a house in the Tuesday Market Place in Kings Lynn, is the mark of the Witch’s Heart. The story goes that as the unfortunate Margaret was being burnt for her crimes, her heart burst from her body with such force that it hit the wall of the house, marking the stone in the process. There are various versions of what happened next, but what cannot be disputed is that the mark remains there to this day. 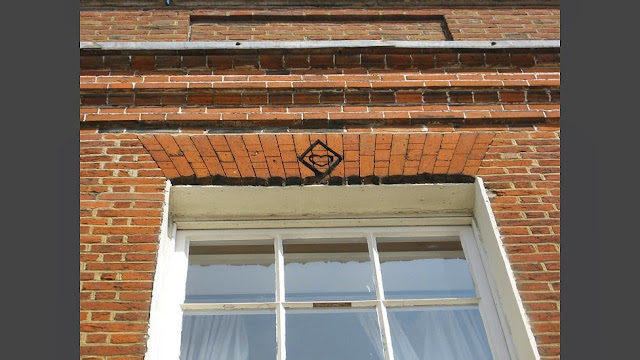 Witch’s Heart – Kings Lynn
Whatever the truth of the matter, there aretwo possible contenders for the identity of Margaret. If she were unmarried, a Margrett Read is recorded in the parish registers for Kings Lynn, baptised on 25thMarch, 1568, daughter of William and Joane Read. This would make Margaret only twenty-two years of age at her death, not unheard of but potentially unlikely for a witchcraft trial. More likely is Margrett Hammond who married Thomas Read at St. Margaret’s church in Kings Lynn on 8thApril, 1562. No children appear in the register to this couple, and it is unclear what happened to her husband.
Another tantalising glimpse of a woman who may have gone to the stake is Mother Green. An article in the Yorkshire Archaeological Journal quotes the Pocklington Parish Registers for 1630:
“Old wife Green burnt in Market for a witch.”
Often erroneously cited as the last witch to be burnt in England, there is nothing else known of this woman or what sent her to such a fate. 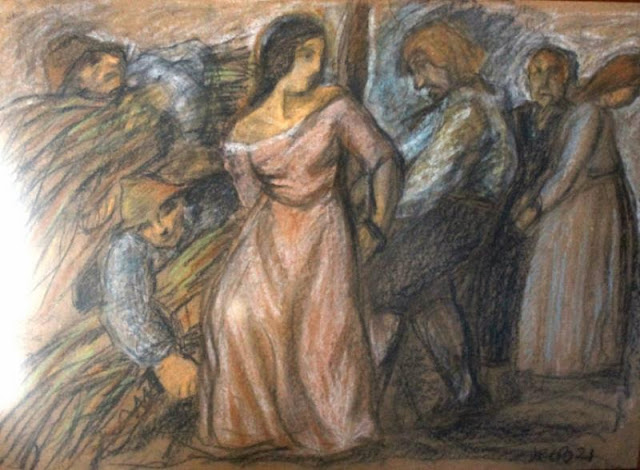 Two other mentions of women burnt for witchcraft are found in Browne’s 1814 History of Norwich. It is related that around Christmas time in 1648:
“Two old women, (one of whom, named Tirrel, belonged to the hospital) were burnt on a charge of witchcraft.”
In the same period, eight people had been condemned and executed for participating in recent riots, whilst others had been fined and imprisoned during this period of great unrest.
Although in some sources Tirrel’s unnamed companion is listed as Mary Oliver, it seems that Mary Oliver actually met her fate a decade later. Browne himself counts her case separately, stating that in 1659:
“Mary Oliver burnt for witchcraft and her goods confiscated for the use of the city.”
The Encyclopaedia of Witchcraft and Demonology says Mary was burned because she killed her husband, but it is unclear where that reference originated. There is a possibility that Mary was the wife of Thomas Oliver, a couple who left for Boston on the Mary Anne in 1632 but returned in 1649 due to Mary’s inability to control her tongue and Thomas’ inability to control Mary. After his first wife’s death, Thomas Oliver went on to marry Bridget Bishop who in turn was executed as a witch in 1692 in Salem. Bridget was previously accused (and cleared in that instance) of killing Thomas, and it might be that Thomas’ two wives were confused in some tellings of the story. 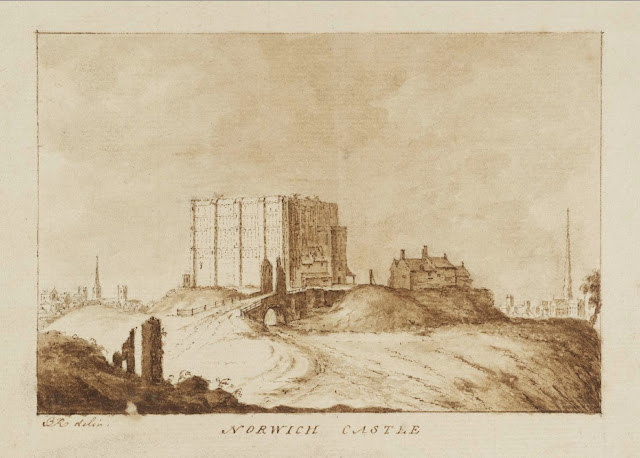 Norwich Castle, where Mary Oliver may have been executed.
The case that can be best verified and about which the most is known is that of Mary Lakeland, the “Ipswich Witch” who was burnt in 1645. Found guilty of causing wasting and death by witchcraft and with consorting with familiar spirits, Mary’s crimes were punishable by death under the 1604 Witchcraft Act. It was because she had committed Petit or Petty Treason, in the form of murdering her husband, however, that she was condemned to burn, and burning remained the punishment for this crime until it was finally removed from law in 1828.
There are several theories for Mary’s untimely demise. These range from the belief that she was actually guilty of the crimes she was accused of – which included bewitching to death several people to whom she owed money, as well as getting revenge on a man who had rejected her grand daughter – to the more mundane explanation that  she, like many other poor widows, was a burden and an embarrassment to the town, and her conviction was a way to remove her. The most fantastical suggestion is that Mary Lakeland was in fact  a secret Royalist informer, who, when discovered, was duly punished. 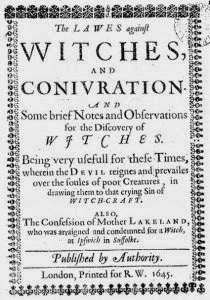 The burning of a witch was a costly practice, perhaps one reason why it did not take off as a regular method of execution during the periods of witchcraft accusations. In Mary Lakeland’s time for instance, it cost the rate payers £3 3s 6d, as opposed to the £1 it would have cost to hang her.