Skip to content
For this fortnight’s Wednesday Weirdness slot I am very pleased to welcome M J Steel Collins to The Witch, The Weird, and The Wonderful, with the intriguing and decidedly spooky legend of Green Ladies…
*********
Green Ladies are to be found the length and breadth of Scotland, but are fairly scarce elsewhere. They are a particularly tragic variety of ghost; their colour is something of a mystery. Dane Love postulated that it may be because they were wearing green tartan plaid when they died, though that seems somewhat unlikely, which Love himself admitted. Curiously, green is also a colour associated with fairies – the enchanted ‘Witchin’ Claith’ woven by the little folk in Scottish folklore being that colour. Bad things befell those who wore clothes made from the material.
A common theme to Green Lady legends is that they are the ghosts of women who died when love went wrong. Either they were elite young ladies who fell in love with a man of a lower social standing, their love affair being forbidden by aghast fathers, brothers or other guardians. Or they were dissatisfied married women, who found a bit of excitement in illicit extra-marital affairs. Sometimes these had the added bonus of the wife finding their one true love – who definitely wasn’t their husband. Whatever the situation, it often ended with a sticky end.
Not all Green Ladies are believed to be ghosts, but elementals such as Glaistigs and Gruagachs. Glaistig is a name given to various kinds of entities: a mortal woman who has been enchanted with fairy nature; a shape-shifter; an evil water elemental; a human/horse hybrid with grey skin – the list is extensive. They vary from being malevolent to benign, some with a mischievous streak, who might also share a similar role to the Banshee. Gruagachs are occasionally mixed up with Glaistigs. These tend to be creatures, with yellow hair, which look after cattle. They are also fond of children, and in some places entrusted with their care whilst parents carry out chores. Gruagachs appreciate offerings of milk for their effort, which is often left in a stone. If this is forgotten, chaos unfolds! In some instances, Gruagachs are male rather than female.
Sundrum Castle in Ayrshire is said to boast a Green Lady, though the story is rather vague. She is believed to be a wife of the Hamilton family who owned the castle. When the castle was a hotel, my Gran had a few run ins with the ghost when employed on the housekeeping staff. The Green Lady would mess up the bedding on a freshly made bed in the short second my Gran had her back turned. Just as well my Gran was quite used to ghosts, having had a few encounters through her life. 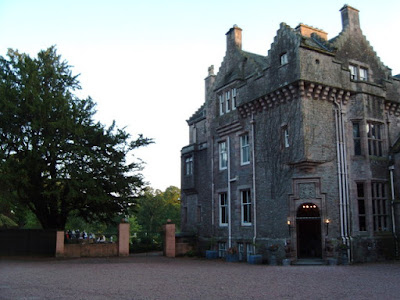 Comlongon Castle
Another famous Green Lady is the ghost of Marion Carruthers, who haunts Comlongon Castle in Dumfries and Galloway. Marion had fled to Comlongon, seeking refuge from an arranged marriage. Though her uncle, who owned Comlongon, sheltered her, Marion believed forced marriage to a man she didn’t love was inevitable, and threw herself from the castle tower on 25th September 1570. Her little seen ghost can occasionally be heard crying, or felt touching people’s faces.
The Green Lady at Dunnstaffnage Castle in Oban is thought to be a Glaistig. Poltergeist phenomena are linked with her appearances, which are also regarded as an ill omen. Her disembodied footsteps have been heard roaming the castle, and she is also wont to throw people from their beds. Quite a wakeup call. Another famous Green Lady can be found at Fyvie Castle is reputed to protect the family. The owner of Balgonie Castle was told by the bride of a wedding party held at the castle, in Fife, that she saw the resident Green Lady when visiting the castle as a six year old. The tale of this particular green lady is vague. 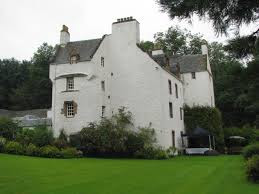 Newton Castle
At Newton Castle in Blairgowrie is a Green Lady that has all the classic trappings of a good Scots folk story. Lady Jean Drummond was in love with a Laird from the neighbouring castle, but his passion for her died out. Desperate to win her back, Lady Jean consulted the local witch. The old woman told her that to win her love back, Jean ought to wear the ‘Witchin’ Claith of Green’, which was woven by the fairies. To get this, Jean was to cut grass from the Kirkyard, and tie it with plaited reed to a branch taken from the Rowan tree on Gallows Hill. Then she was to sit on the Corbie Stane at the River Ericht. This she did, spending the night with her eyes closed, and listening to the sound of tinkling voices, and the soft brush of hands against her body. In the morning, Lady Jean found herself dressed in a green gown, made from cloth woven by the fairies overnight.
Eventually, Lady Jean won her true love back and they were married at Newton Castle. While the couple took their vows, the groom felt his bride’s hands turn deathly cold and saw her eyes vacant and glazed. She let out a cry and fell down dead. Lady Jean was buried on Knockie Hill. Each Hallowe’en, her gravestone rotates three times, and she floats down to Newton Castle. Her singing can be heard from the tower. In the end, it turned out the old witch omitted to mention that wearing the ‘Witching Claith of Green’ could be detrimental to one’s life. 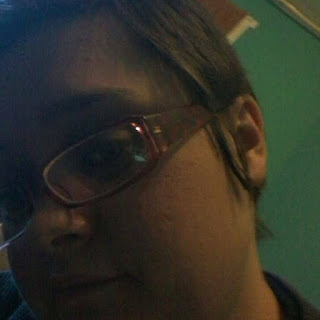 M J Steel Collins is a folklore geek hailing from Paisley in Scotland. She is Scottish Editor for The Spooky Isles, and Folklore Editor for the Modern Scotsman. Follow her on Twitter and check out her blog at Ghostly Aspects. She is writing her first book.