Skip to content
Century-hopping this morning, with the sad tale of Petronilla de Meath. The maid servant of Dame Alice Kyteler, Petronilla bears the dubious honour of being the first known case of death by fire for heresy in Ireland. 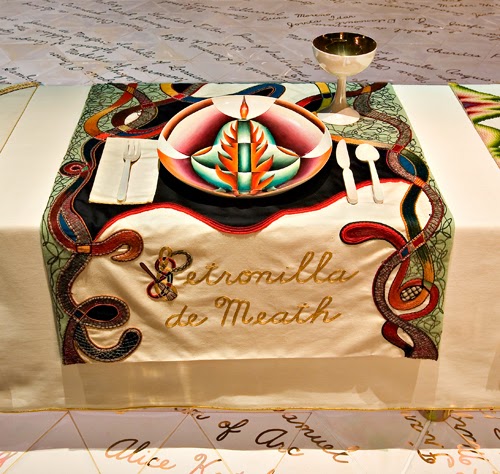 Place setting for Petronilla de Meath from Judy Chicago’s The Dinner Party
© Judy Chicago. Photograph by Jook Leung Photography
When, in 1324, her mistress was accused of practicing witchcraft, Petronilla was arrested as her accomplice. Kyteler was charged with committing sorcery and demonism, murdering several husbands (she had just buried her fourth) and was claimed to have illegally acquired her substantial wealth by witchcraft.
Petronilla confessed to denying the faith of Christ and the Church and to sacrificing three times to devils. She admitted she had made many ointments and powders in the skull of a beheaded criminal, with the purpose of tormenting the bodies of those who remained faithful to the Church. There was also the admission of rubbing an ointment onto a beam, that then allowed the women to fly.
The trial pre-dated any formal witchcraft statute in Ireland, so the women were tried under ecclesiastical law and charged with heresy. Pope John XXII added Witchcraft to the list of heresies in 1320. 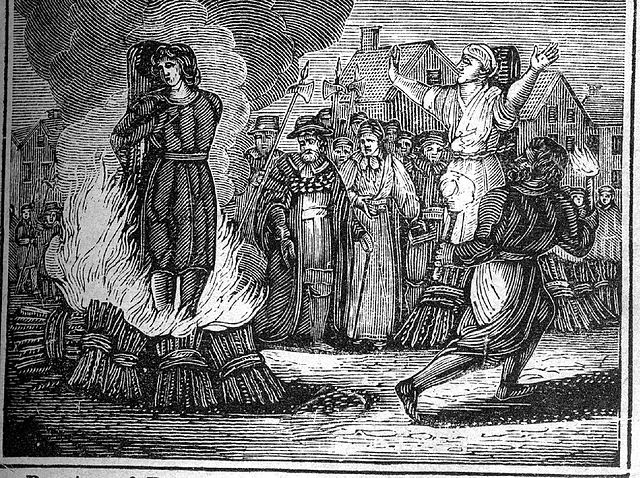 Alice Kyteler escaped to England, taking with her Petronilla’s daughter, Basilia; no further record of their whereabouts exists.
Petronilla was not so fortunate; she was flogged and burnt at the stake before a crowd on 3rdNovember, 1324 in Kilkenny, Ireland. 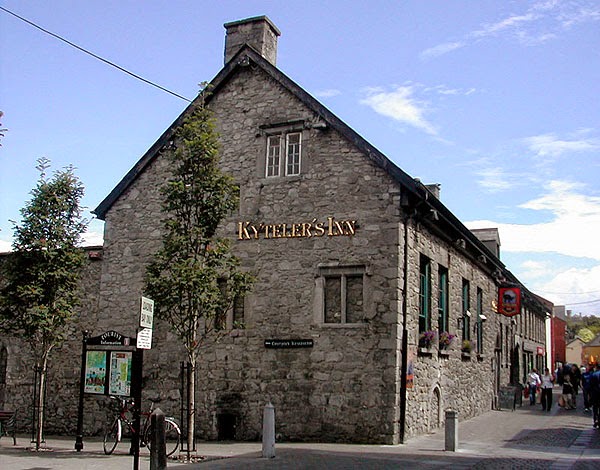 The house where Petronilla worked in Kilkenny, now a popular inn.