Skip to content
On Friday 28th October 1743, The Derby Mercurycontained a fascinating glimpse of life after the passing of the 1735 Witchcraft Act. Found under “Bristol” in the paper’s “Country News” section, readers are assured that:

“Amongst all the uncommon Accidents Mankind have been amus’d with of late, none seems more to deserve the Attention of the Publick…”

There follows the story of a shoemaker or cobbler who lived in a place going from Horse Street to St. Michael’s Hill in the city. He had, on several occasions, exchanged harsh words with an elderly woman who lived in the same area, calling her“Old Witch” and “Old Devil”. The reason for this animosity is not recorded, but it seems that the woman – one might say with good reason – did not take too kindly to being insulted in such a fashion. In retaliation, she is alleged to have sent a cat to his house, which marked the beginning of the end for the unwary cobbler. 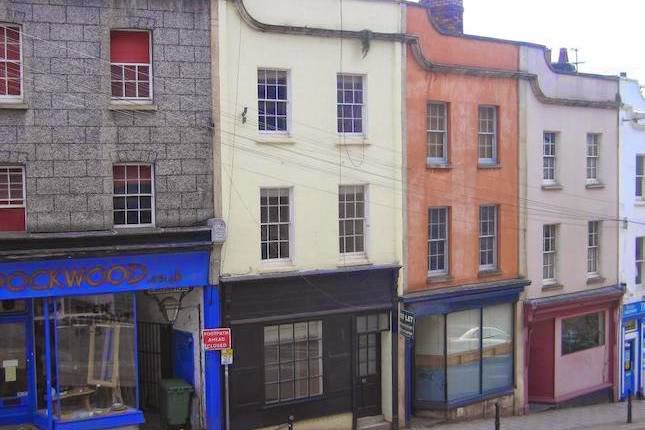 St Michael’s Hill, Bristol
Being quite certain that he was not going to allow the animal into his house, the man did his best to cast it away again. Unfortunately, or so the story goes, the cat took exception to this ejection, and:
“The Cat catch’d his Finger, and held it so fast, that it would not let him go, ’till it was squeez’d to Death.”
Who did the squeezing is not recorded, nor is the woman’s reaction to the loss of her supposed pet, but the cobbler’s reprieve was all too brief. A short while after the incident he suffered from severe pain in his arm and shoulder, and, despite being dipped a total of nine times in the water at Sea Mills, his life was unable to be saved, and he died “in the utmost Agony and Pain.” 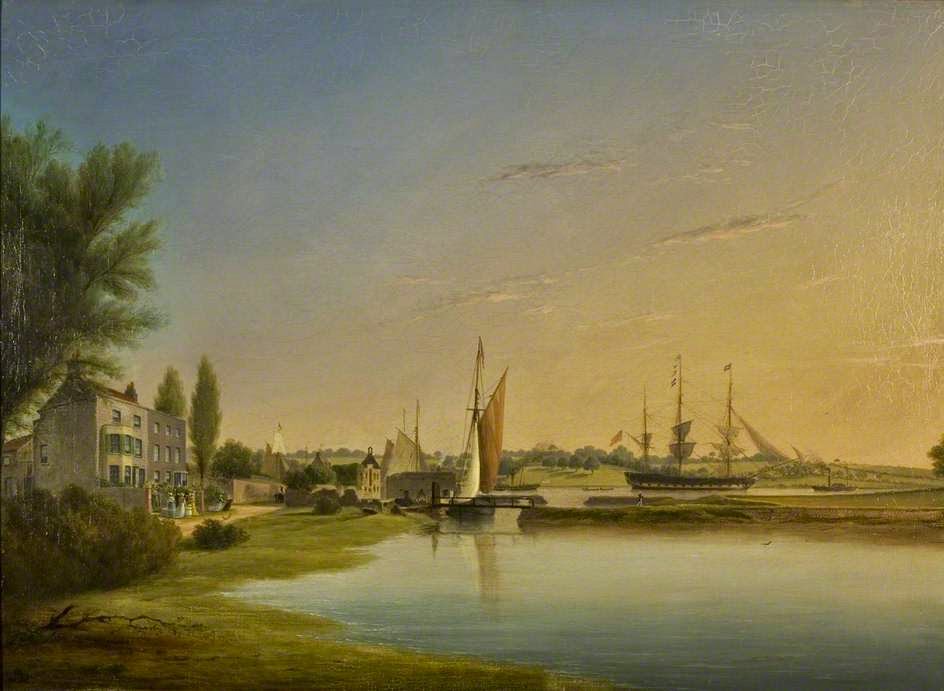 Sea-Mills, Bristol
The story, readers are assured, was handed to the paper by a “Gentleman of undoubted Veracity and Reputation”, the intention, no doubt, to establish that it was indeed the truth and not some superstitious nonsense dreamed up in the villages by those who still, it seemed, did not know any better. It would be fascinating indeed to learn the name of the gentleman who informed the paper of the story, and also the identity of the ill-fated cobbler, and I suspect that finding out will be on my research “To Do” list for the near future, along with a good many other “Need to Knows”!

What though of the story itself? The sending of a familiar to get revenge on an enemy was a regular, almost expected, feature of witchcraft cases during the 16th and 17thcenturies, and despite the passing of the Witchcraft Act of 1735, such beliefs were still widely held. It is possible that the woman did indeed coax the cat towards the cobbler’s house in an attempt to annoy him, or it may be that the animal was nothing to do with her and, rather than being an active participant in the feud, she wanted nothing more than to be left alone by this less than neighbourly-neighbour.
Regardless of the identity of the cat, there is no need to look to malicious magic for an answer to the man’s untimely demise. A cat bite, although rare, can actually be incredibly dangerous, much more so than a dog bite or that by another household pet. A cat bite turns infectious in around 50% of cases, and that infection can quickly spread through the blood and to internal organs, leading to an excruciating death like that experience by our cobbler if left untreated. Even with antibiotics and modern medicine, an infected cat bite is no laughing matter, and with 18th Century conditions and hygiene standards, it is unlikely that he would have stood much of a chance, especially given the severity of the bite described. 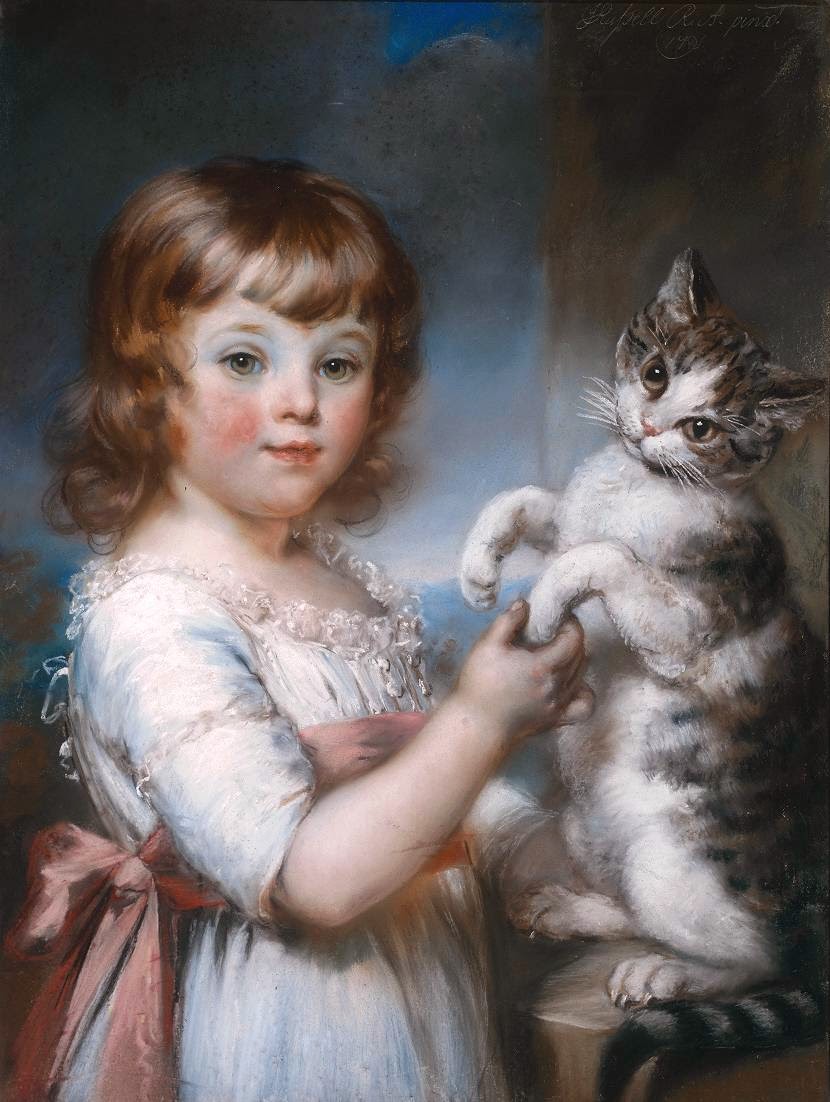 A somewhat friendlier depiction of
an 18th Century cat.
Sea Mills, where the man was dipped, is now a suburb of Bristol, and rests towards the sea-end of the Avon Gorge, North-West of the city centre. In 1712, a Bristol merchant named Joshua Franklyn, built a wet dock at Sea Mills, to remove the need for larger ships to negotiate quite so far up the River Avon. The endeavour was short-lived however, and by the end of the 18th Century the harbour fell into disuse. The benefits of bathing in sea water have long been documented, salt being credited with all manner of restorative properties.  Doctor Richard Russell (1687-1759) recommended the use of salt water for glandular diseases in his 1750 treatise, Dissertation on the Use of Sea Water in Diseases of the Glands, while William Buchan also espoused the health benefits in his 1769 Domestic Medicine. Where witches and demons are concerned, a salt water remedy is still an option today as a spiritual remedy for removing negative energy, such as that caused by ghosts and other unwanted spirits. The afflicted person sits with their feet in the prepared water, while the salt draws out the “black” energy.
It is interesting also that it was the afflicted man who was dipped in the water, rather than the suspected witch being dunked to ascertain her guilt (a practice that still continued unofficially despite the lack of support from those in authority,) reflecting a subtle change in popular belief or at least what people felt they could get away with.
On that note, take heed from the end of the unfortunate cobbler from Bristol: Be careful what you say and to whom you say it… 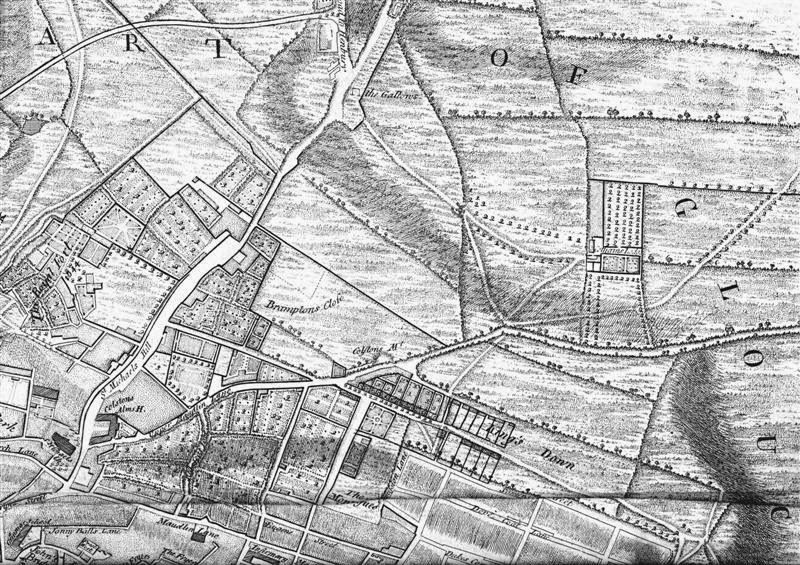 Map showing St. Michael’s Hill,(main road to the left)
leading up towards the gallows where, a few years before,
the “witch” would very possibly have met her own end.