Although the passing of the Witchcraft Act did not bring belief in witchcraft to an end overnight, it did mean that those accused and hounded by neighbours could now in turn bring their own grievances before the courts. A fascinating example of this process can be glimpsed in 1867 in the Somerset village of Wedmore, when Elizabeth Williams summoned Ann Davis for cutting her arm with a knife.

Williams told the court that on the 22nd June, she was passing Davis’ house, when the other woman offered to sell her a flower. Whether Williams entered the cottage or not is unrecorded, but as the conversation progressed, Davis suddenly flew at Williams with a knife and cut her in three places on the arm.

Davis’ justification, when questioned by the court, was that Williams was always “hagging her to death.” When probed further, she asserted that Williams was a witch and had, furthermore, caused her much harm. Not only had she killed her donkey and her cat, but she had also caused Davis herself to be thrown from a cart. She had even, Davis asserted, appeared at her bedside – when she had tried to grab the other woman however, Williams had, to evade capture, turned into a cat. It seems that Davis’ husband, Jonathan, also shared his wife’s opinions on Elizabeth Williams.
Ann Davis’ defence of her actions contains many easily recognised elements from countless witchcraft accusations from the preceding two centuries. The appearance of a witch in the bedroom of a victim was a well-known way in which a witch could make herself a nuisance, with the ability of the accused to turn into an animal to elude capture also well documented. Injury to animals, both domestic and livestock, were common in such cases, often as a final addition to a long list of grievances such as those presented by Davis. Davis also duly admitted that she had scratched Williams, asserting the long-held belief that drawing blood would break the witch’s power over her victim. 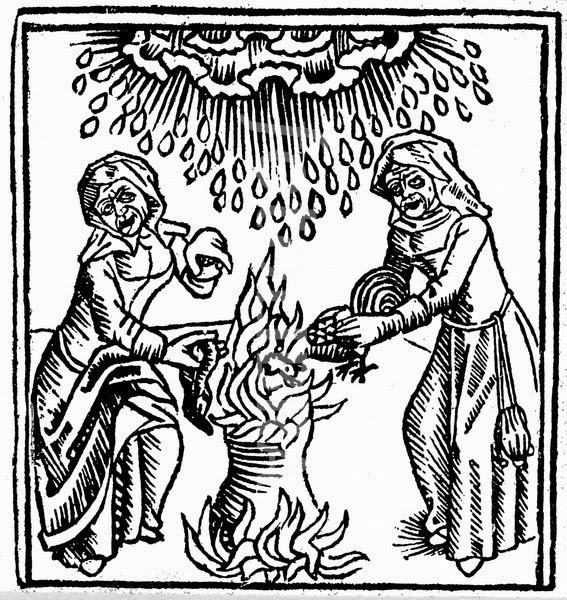 Did Davis truly believe her assertions? Or was it simply a convenient and familiar way of dealing with an ongoing feud or discord within the community? Elizabeth Williams is listed as a widow in the 1871 census, and although her husband Edmund is present in 1861, it is possible that he died prior to the incident with Davis. It may indeed have been that this removal of someone to intervene on Williams’ behalf led to Davis feeling bold enough to act on feelings that had been building for some time.
Ann and Jonathan Davis were approaching sixty at the time of the case, while Elizabeth Davis was anything between fifty-five and seventy depending which census information is used. There is the possibility that Williams was actually Davis’ sister-in-law; an Elizabeth Davis married Edmund Williams in 1848 with the same birth year as a Betty Davis who was Jonathan Davis’ sister. If this were the case, then it adds another layer of intrigue to the story, a family feud perhaps sparking the animosity that led to Davis making such accusations and resulting in her scratching the other woman. 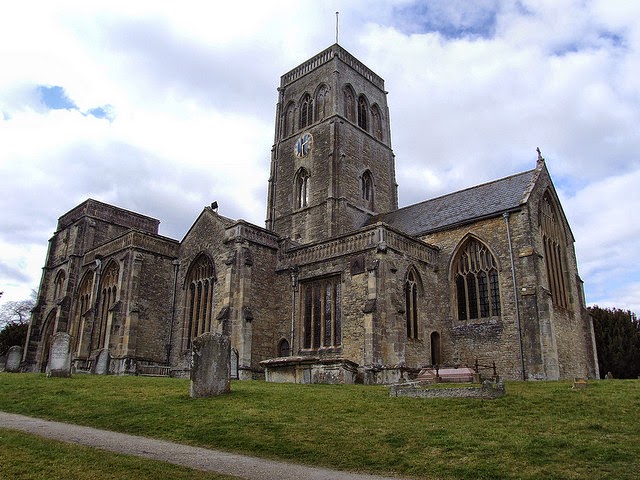 Wedmore Parish Church, where Elizabeth and
Edmund Williams were married in 1848
Whether she truly believed Williams to be a witch or not, it was the victim who gained the sympathy of the courts in this case, and it is interesting to observe that the judge was utterly unsympathetic to Davis’ views, remarking that Davis was best suited to the local asylum for harbouring and spreading such dangerous ideas. In the end however, no doubt in part to save the parish any further expense, Davis was bound over to keep the peace for three months instead.
The story was reported in newspapers across the county throughout July and August, making news in Manchester, Oxford, Hampshire and Liverpool before the Autumn. It appears that the Davis family moved house in the wake of the incident to another area of Wedmore, perhaps in order to limit any further contact with the woman they believed had bewitched them.
A sad postscript to the case comes in a newspaper article of 18th February, 1876. It describes how a “pauper lunatic” named Elizabeth Williams of Wedmore had swallowed thirteen screws and was for a good while in danger of her life. This desperate act unintentionally parodies the common complaint by witchcraft victims of being made to vomit screws, pins and needles by their tormentor, reinforcing how, in the case of Elizabeth Williams, the “witch” had become the afflicted.

It is unclear when Elizabeth died, but it is likely that she may never have left the asylum that the judge recommended for her former accuser. 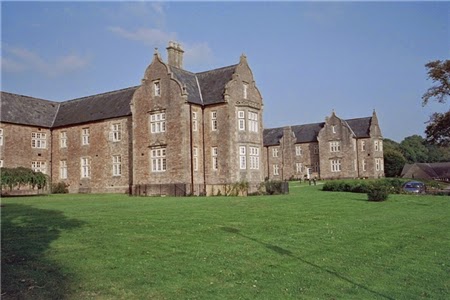 The Former Wells Lunatic Asylum where Elizabeth Williams was transferred in 1876.