Witches are often associated with the sea, and today we take a trip to windswept Cornwall to hear tales of the fearful Witch of Fraddam who to this day, it is said, still torments those who stray far from the shore.
The Village of Fraddam lies eight miles Northeast of Penzance, and nowadays only contains fourteen houses. In its heyday, however, it was a busy, bustling place, villagers working in the local mines and quarry or on the thriving surrounding land. 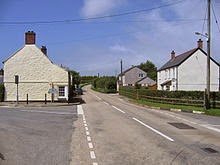 According to legend, the tale began when the First Lord of nearby Pengersick sought the help of the Witch of Fraddam to persuade his son to marry the woman he had chosen as a suitable bride. Despite the witch’s potions and incantations, the son, however, was having none of it, and in time, Lord Pengersick gave up and married the lady himself.
It transpired that the witch’s niece, Bitha, had fallen in love with the young man herself. With a view to catching his eye, she took up employment with the new Lady Pengersick, and before long the young couple were very much in love.
Lady Pengersick, far from being happy for her stepson, determined to bring about his ruin. Calling on the same witch who had tried to bring them together, she ordered the sorceress to produce spells to achieve her aim. Bitha, however, well versed in witchcraft herself due to working with her aunt, set about thwarting her employer’s aim, countering the magic with powerful spells of her own. When the witch could not help her, Lady Pengersick resorted to more earthly means and alleged her stepson had been paying her rather too much attention. Believed by her husband, young Pengersick was seized by a group of ruffians and taken to Morocco where he was sold as a slave. 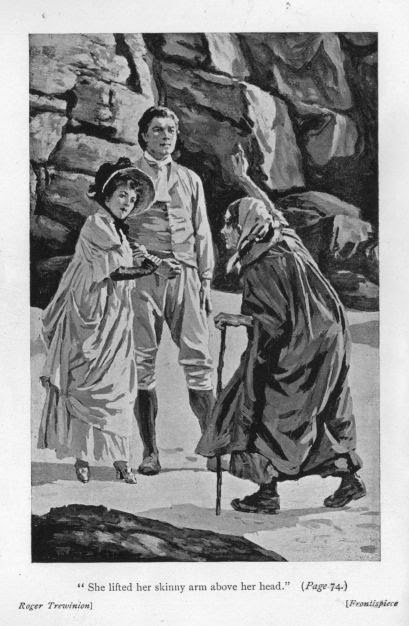 In the following years, both Bitha and Lady Pengersick suffered terribly, as did Lord Pengersick who finally passed away after being poisoned by Bitha. Nothing is known or told of the Witch of Fraddam herself at this time, though it is intimated that she continued to create mayhem throughout the area.
The Lord’s heir finally returned home after long years away, bringing with him a new bride from the East. He was, by all accounts, very much in love with his wife, and other than her company, kept to himself, reading strange books and conducting experiments with many odd looking instruments and even odder smells.
Because of their previous history, the Witch of Fraddam became his sworn enemy. Having learnt the magic arts during his absence, he spent his time thwarting the witch’s many spells aimed at causing mischief and mayhem, using his white magic against her black and wicked variety.
Determined to be rid of her nemesis, the Witch took herself down to Kynance Cove one wild and windy night, where she summoned the Devil, promising her soul in return for total power over Pengersick. The Devil told her that to do so, Pengersick’s mare must be made to drink poisoned water, and Pengersick himself must be covered with hell-broth.
The Witch accordingly brewed her potions and set in wait for her intended victim, but, the Devil, fearing he could not win against such an accomplished enchanter as Pengersick, double-crossed his ally. Forewarned, the horse reared up, and in the ensuing commotion, the Witch herself ended up in the tub of poisoned water. With some well chosen words from Pengersick, the tub, still holding the witch, turned into a coffin shape and rose up into the air.
According to legend, she still floats along the Cornish coast in her coffin, causing mischief as she stirs up the sea to mountain high waves. It is said that if any seaman or person straying from the shore is to see The Witch of Fraddam, misfortune will befall them not long after. The Enchanter is still said to have power over her, however; all he has to do is stand in his tower and blow trumpet three times to bring her to shore and tell her to be peaceful. 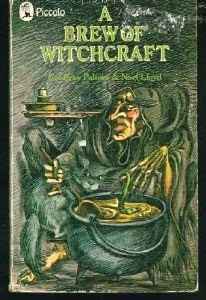 Witch of Fraddam by Sara Silcock

Unlike many tales, this does seem to be just that, and if there were once a  real Witch of Fraddam, her identity has been lost to the mists of time. Novelist Joseph Hocking utilised the legend in his stories The Birthright and Roger Trewinion, where Betsey Fraddam, daughter of Granfer Fraddam the smuggler, admits to being a white witch. There are also many tales attached to the Pengersick family and the castle that bears their name, most, however, do not appear rooted in fact.