Skip to content
Last summer was our first living in Derbyshire, and we spent the six weeks of the summer holidays exploring everywhere we could. My husband has a thing about stone circles (part of our honeymoon was spent checking out Stone Henge and the less well-known stones in the area) and so we found ourselves on a mission to discover a local circle – Doll Tor.

To cut a long story short, we utterly failed to find it. True, we found several other interesting stones, including the Nine Ladies Stone Circle, but Doll Tor eluded us entirely. Now, nine months later, we decided to give it another go, and, after a few false starts, were finally successful. 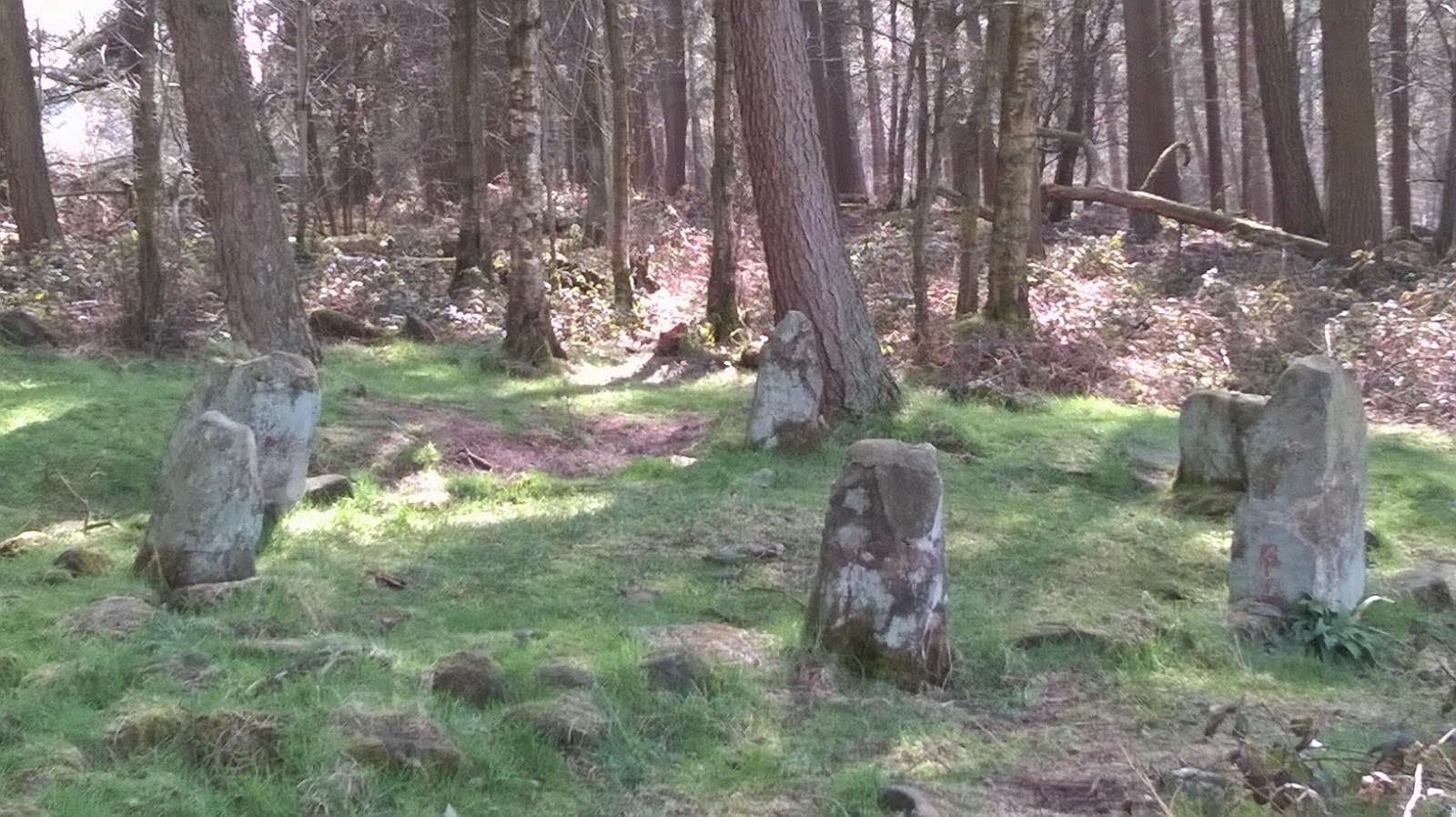 Doll Tor or The Six Stones
The circle is located near the village of Birchover in the Derbyshire Peak District, and is made up of six standing stones. The helpful sign at the site tells interested visitors that:

This ritual monument was used by people who lived and farmed on the surrounding land in the Bronze Age between 3000 and 4000 years ago.
The stone circle was built around 2000 to 1500BC. The standing stones were set at the edge of a platform which was probably designed to stage seasonal and family ceremonies. The rites relating to death left buried deposits. Cremations, urns and other funerary goods were recovered from within the circle when it was almost completely excavated in the 1930s. Other ceremonies, such as seasonal celebrations or marriages, left no traces in the ground. 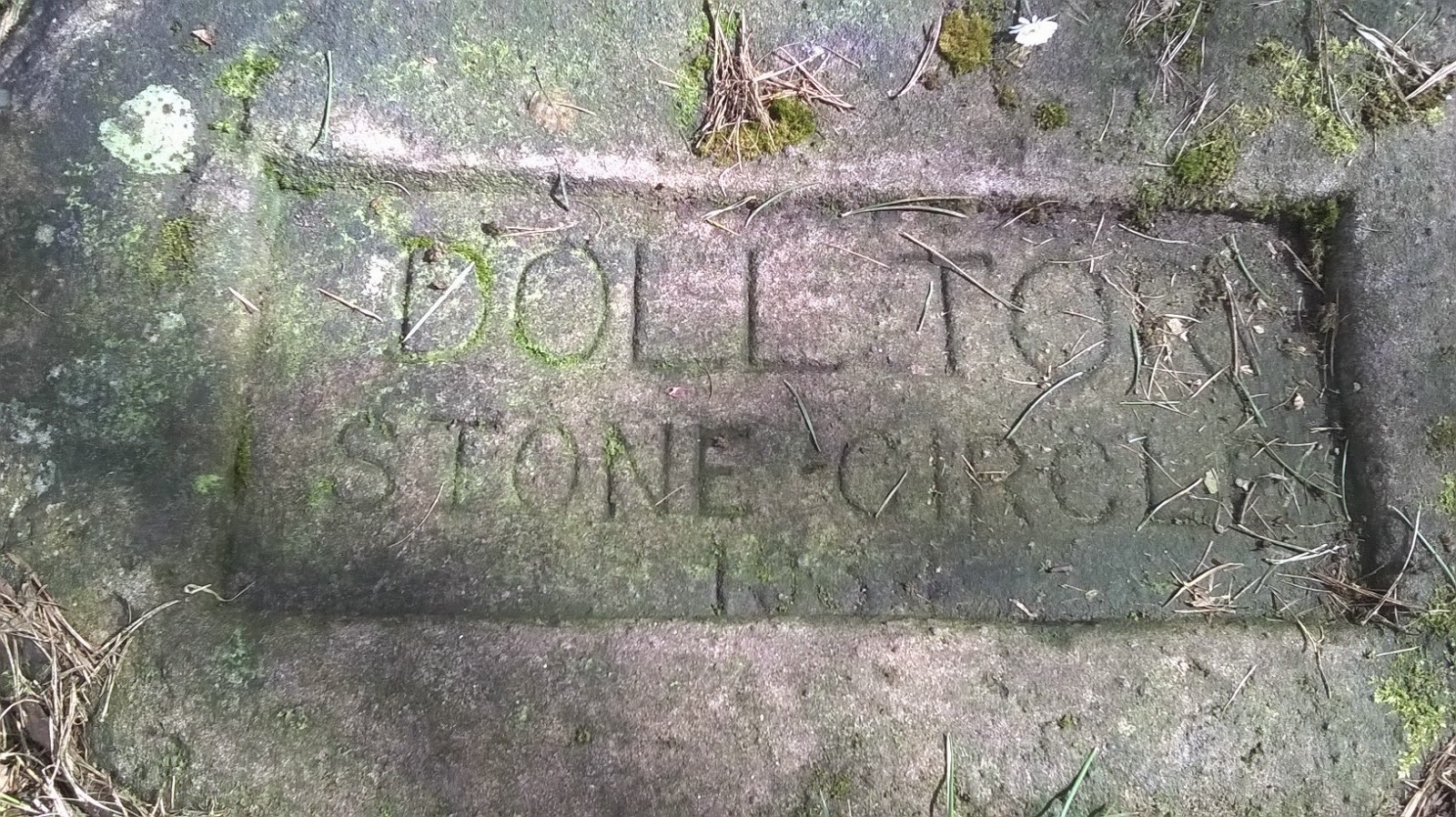 The first excavation at the site was actually in 1852 by Thomas Bateman, where he discovered that “a grave had been dug for the reception of three or four cinerary urns and as many ‘incense cups’.” He recorded the site as being twenty feet across, and that the discovered urns and cups had apparently been disturbed and broken by previous diggers.
In 1993 the circle was “rebuilt”, but incorrectly, and was finally returned close to it’s original and current state in 1994 by the Peak National Park authority and English Heritage. 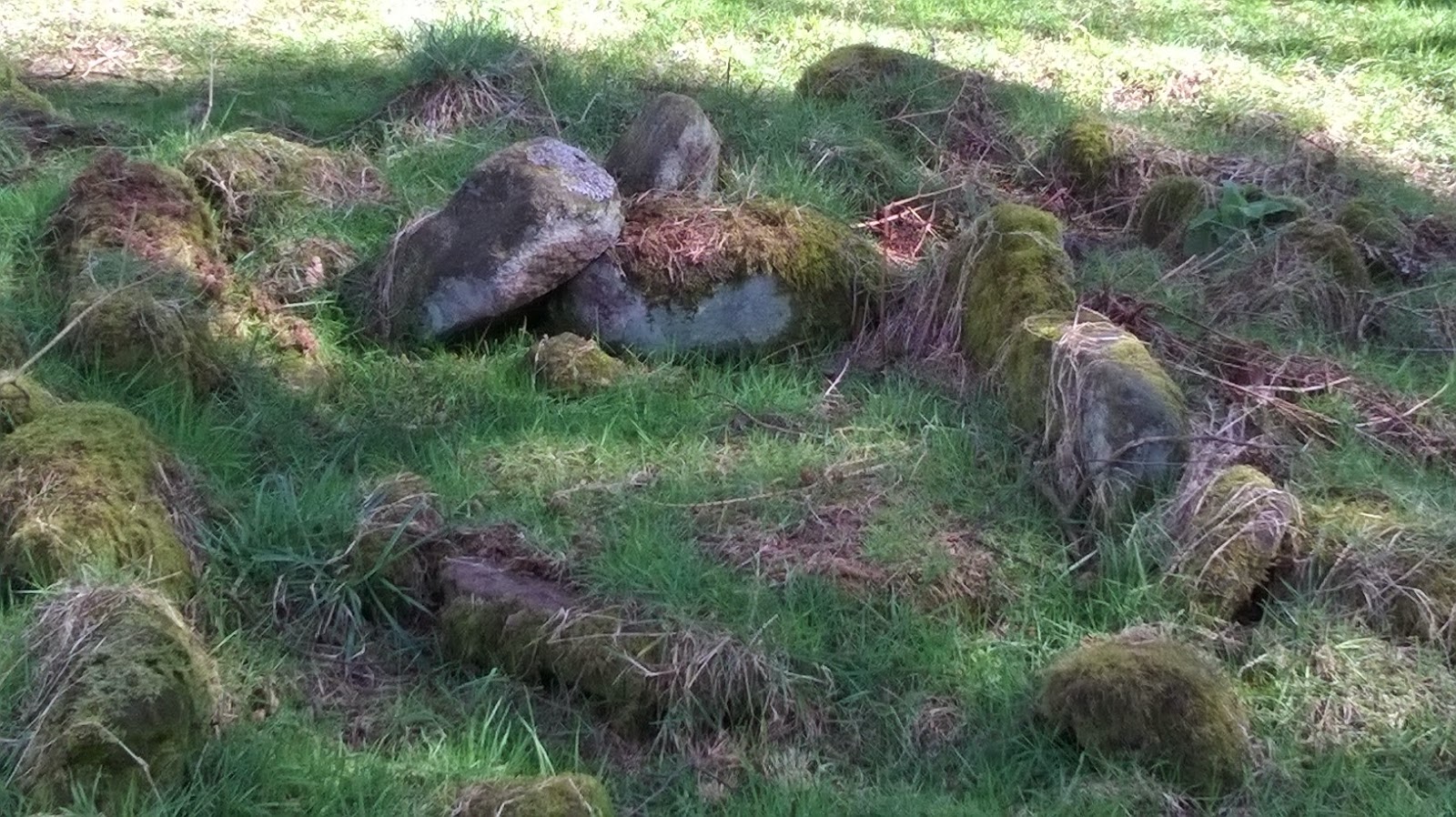 Cairn at Doll Tor
As well as the original circle, there is also a low cairn that was added at the eastern side of the formation. Further burials and related artefacts were discovered here. This was excavated properly for the first time by the Heathcotes between 1931 and 1933. In the centre was a large flat stone, surrounded by a  rectangle of smaller upright stones. A grave was discovered under the central stone, and three other burials were also discovered. Cremation urns, scrapers, and two faience beads – one segmented and the other in the shape of a star – were also found, dating the cairn to the early Bronze Age. 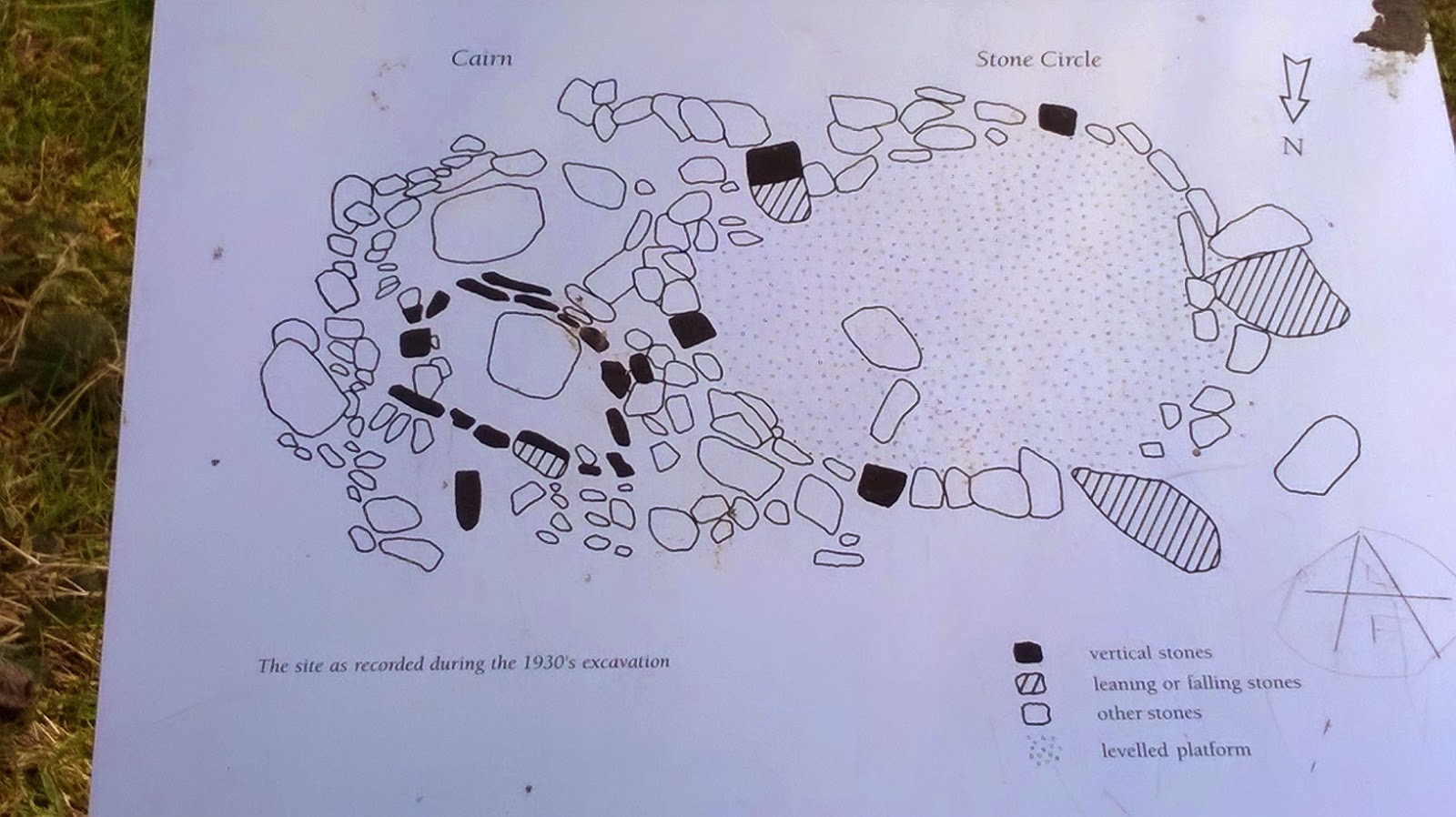 Layout of Doll Tor
What surprised us was how little known Doll Tor seemed to be – several people we asked along the way had never heard of it, and even a local farmer only knew what we were talking about when we explained we meant “the stone circle that is meant to be somewhere over in those woods.” A few walkers came through while we were there, but we mostly had the place to ourselves, visitors to the area seemingly preferring the more well-known Nine Sisters across on nearby Stanton Moor. We enjoyed a lovely half an hour or so at the site, also exploring a nearby shelter and rolling our easter eggs down the hill in time-honoured tradition. 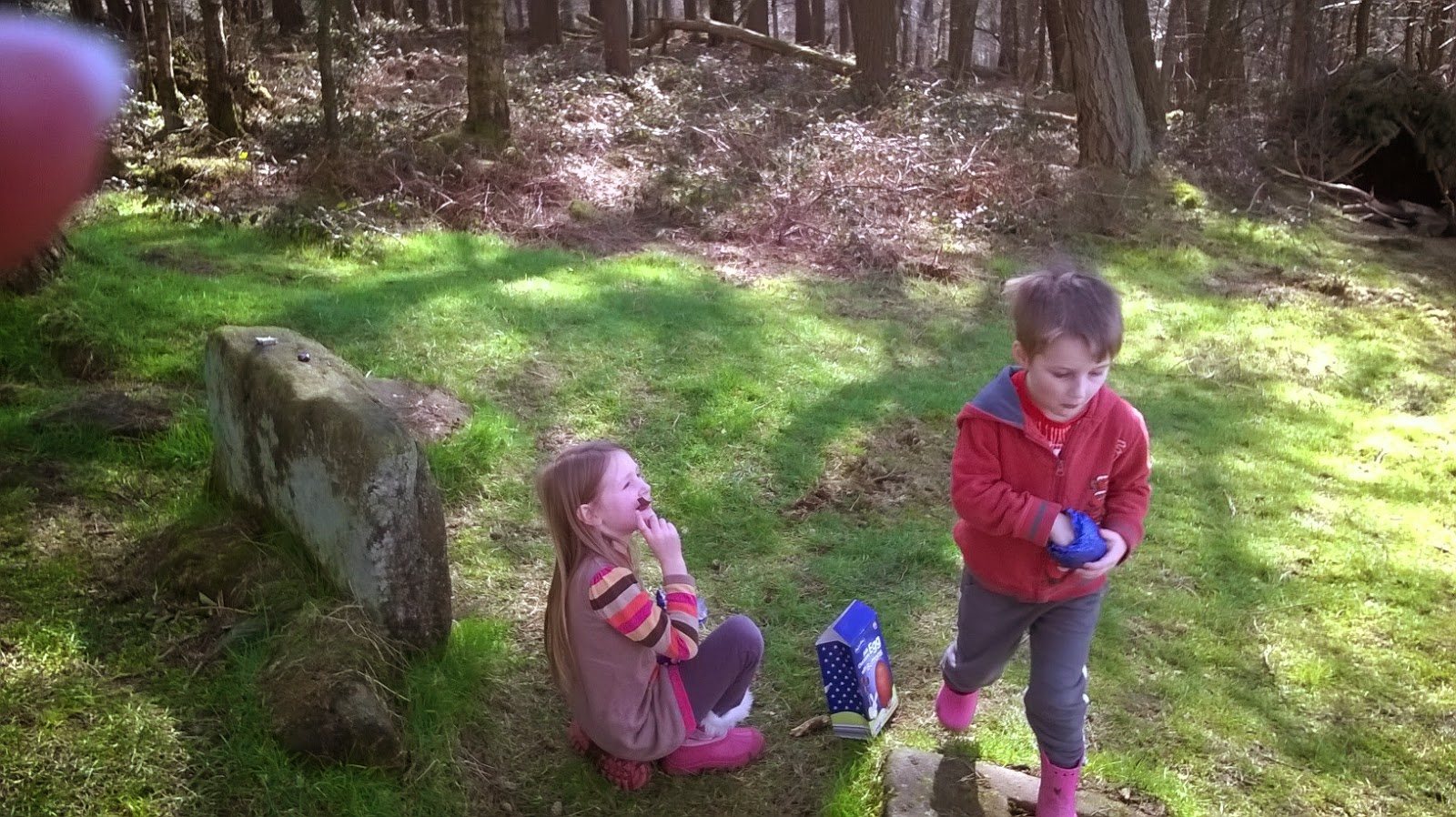 Enjoying the spoils of egg rolling. (complete with my finger to the left, whoops.)
On our way down through the fields towards the woods that hide Doll Tor, we had passed the impressive Andle Stone, and on the way back up we stopped for a proper look.  Fifteen feet long and with a series of foot and handholds for those who fancy a climb and an impressive view (no, we didn’t give in to temptation!) it is also known as the Oundle or Anvil stone, or, more imaginatively, the Twopenny Loaf. It is a natural formation made of gritstone rock, and a very striking feature, well worth a stop. 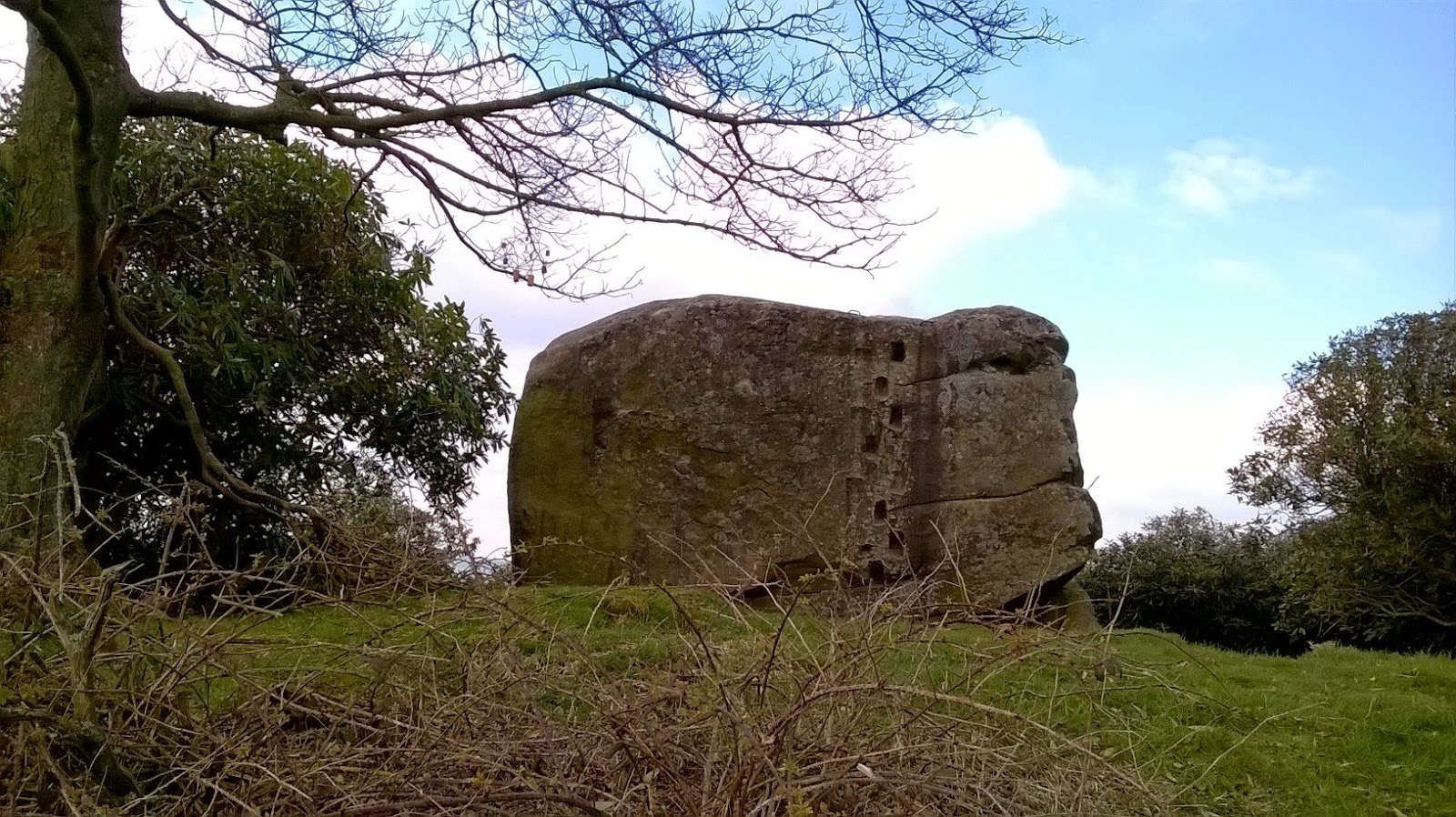 The Andle Stone.
We stopped for a play and a snack, and a venture round to the other side of the stone revealed the following inscriptions: 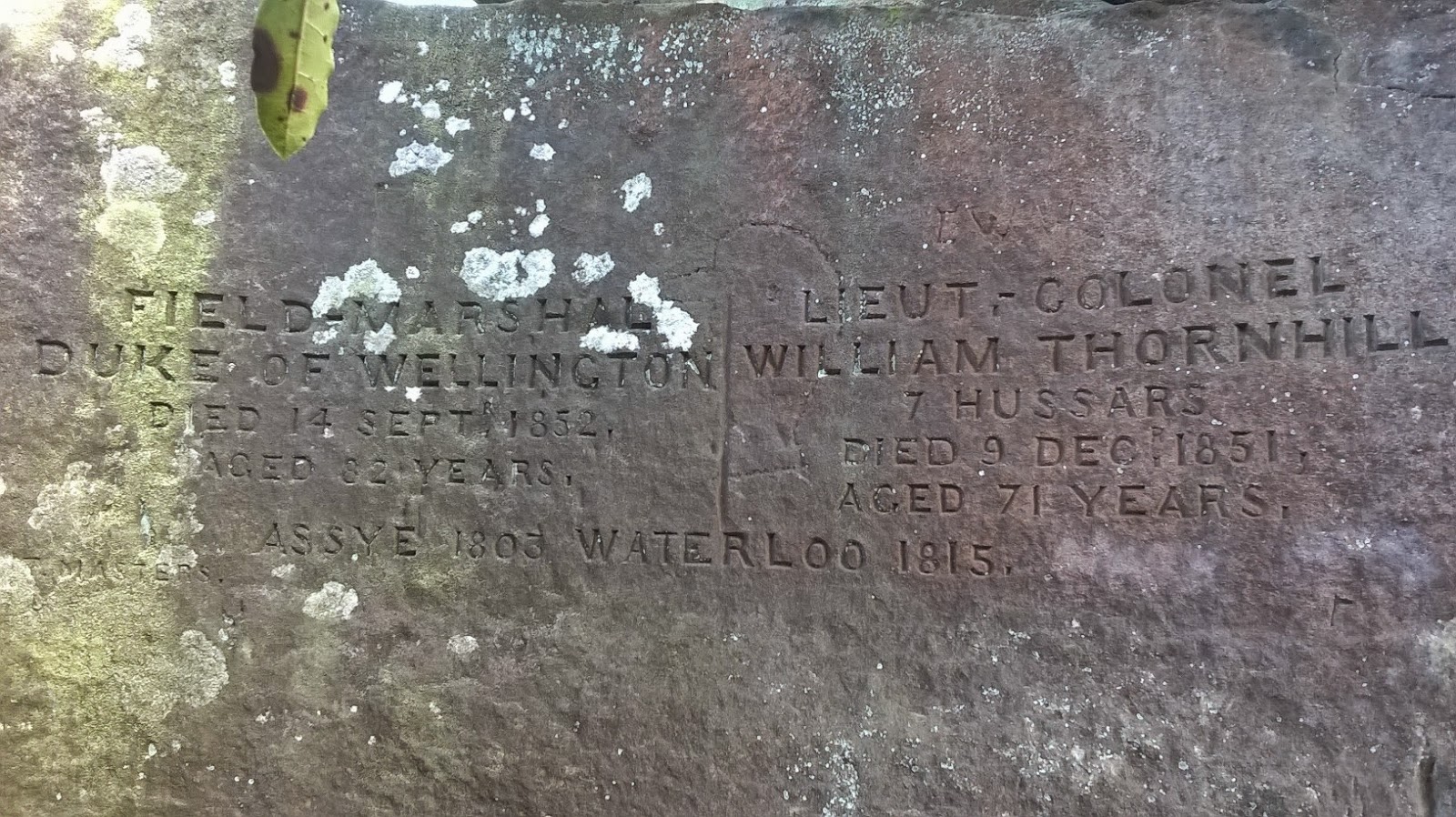 All in all it was a lovely day out, (marred only by our youngest projectile vomiting all over the car on the way home due to an over abundance of chocolate and a tendency towards travel sickness!) A return trip to the nearby Nine Ladies is definitely planned for the future, along with searches for other nearby stones. Who knows what we might come across next? 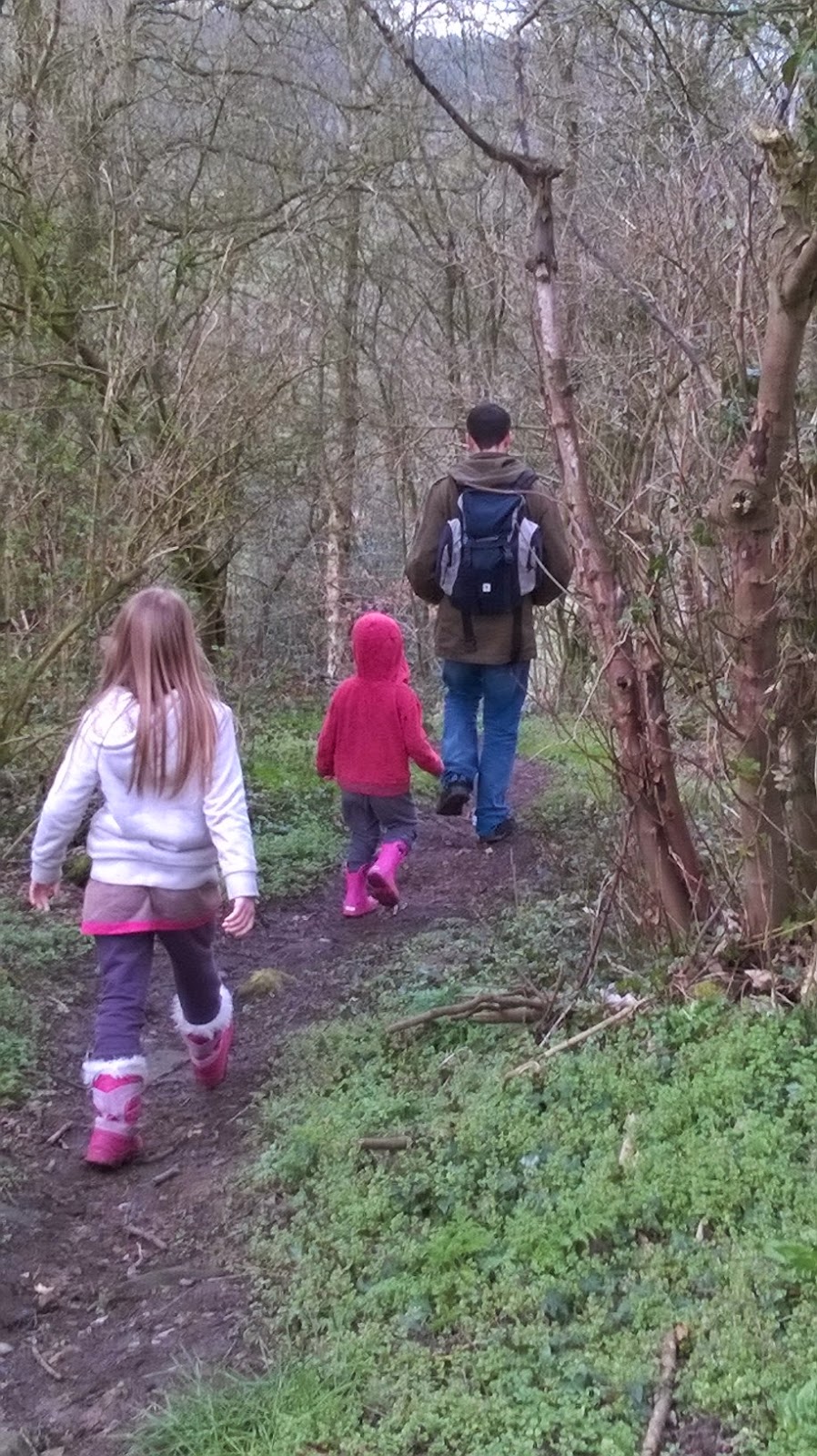 Going on a Tor hunt…