Skip to content
Another Wednesday brings another welcome guest to The Witch, The Weird, and The Wonderful. This fortnight Alan Montgomery shares with us the magic of Yester Castle: be warned, after reading, you may well find yourself with the urge to visit the place yourself!
*********
Over the years I have visited many weird and wonderful places in search of the uncanny and unusual while researching for my blog mysearchformagic.com: mysterious standing stones, dark and damp caves and fading country houses across Britain and beyond have all featured in my regular posts. Most of these places have been fascinating, several incredibly atmospheric, but none has been quite as magical, not to say downright spooky, as Yester Castle. 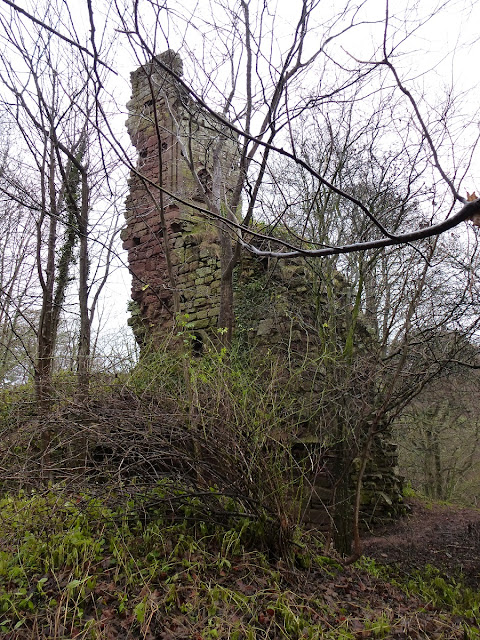 You won’t find Yester Castle in any guidebooks or on any tourist maps. In fact, the castle is not officially open to the public, with its fragile ruins lying hidden in deep forest not far from the quiet East Lothian village of Gifford. Its notorious reputation, however, means that a steady stream of visitors still make the journey to Yester to investigate its unique aura of magic, with most drawn by tales of its intriguing underground chamber, a huge vaulted room known as the Goblin Ha’ or Hobgoblin Ha’ (Ha’ being the old Scots word for Hall). 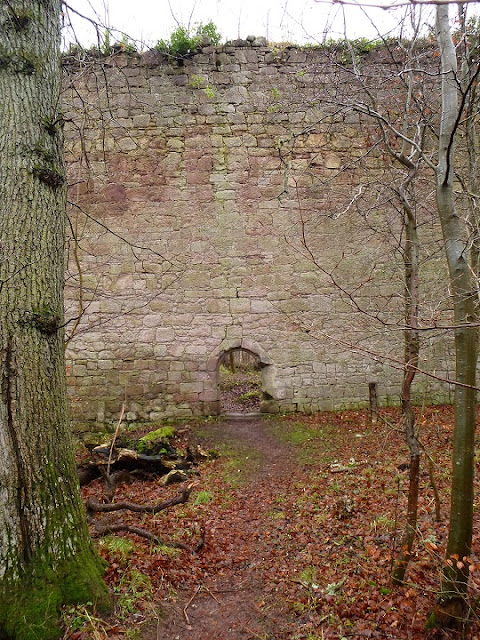 The castle’s history has been long and eventful. Although only a few fragments of its walls now remain above ground, this was once a huge and impressive fortress which was begun in the mid thirteenth century by Sir Hugo de Giffard, whose grandfather had been granted the land decades before by Richard the Lion. Giffard was a powerful man, and guardian to the young Scottish king Alexander III, who is reputed to have stayed at Yester in 1278. The castle was rebuilt on a larger scale in the late thirteenth century, later passed into the hands of the Hay family, and in 1547 it was successfully defended by John, 4th Lord Hay against raiding English troops. Not long after, however, the castle was abandoned in favour of a nearby towerhouse, which would eventually be rebuilt as the fine Georgian mansion of Yester House. The castle itself was left to fall into ruins, with only the elaborate carving on its remaining walls giving an indication of its former glories. 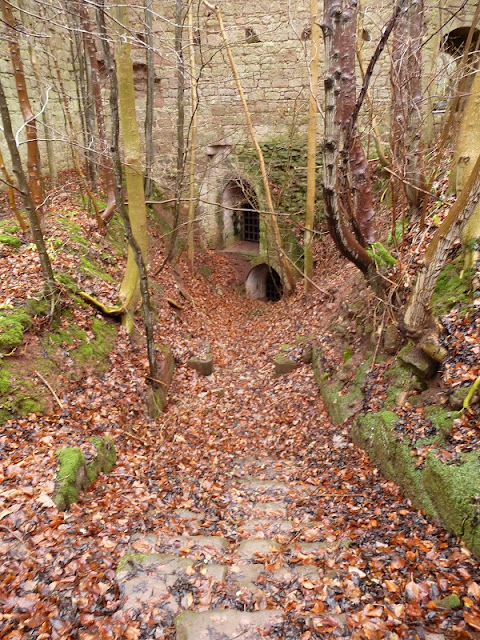 Hugo de Giffard is remembered today for more than just his role as royal guardian; in fact it is his reputed dabblings in the dark arts which have led to the mythical status of Yester Castle and encouraged the various strange stories attached to this curious place. During his lifetime Hugo was known far and wide as the ‘Wizard of Yester’, and was believed to be a necromancer with incredible powers and a hotline to Old Nick himself. It was said that he used his dark arts to raise an army of goblins, who he then used to build his impenetrable fortress at Yester. And where else would he practise his black magic than in a dark, subterranean vault? As early as the fourteenth century a large cavern created by magic was said to be located underneath the castle, it existence recorded by Scotland’s first national historian, John of Fordun. Inevitably, the sorcerer Giffard and his deeds in this shadowy lair inspired a number of legends, with one tale telling how he gave his future son in law, one Broun of Coulston, a magical pear, instructing him to keep it safe to ensure the prosperity of this family. The pear was held securely in a silver casket by generations of Brouns, until a rash young lady who was about to marry into the family took a bite of the still-perfect fruit in 1692, with tragic events for her family; subsequent gambling debts eventually led to the loss of the Coulston Estate and an untimely death for her husband. The pear itself is still (almost) intact, and is kept at nearby Coulston House. 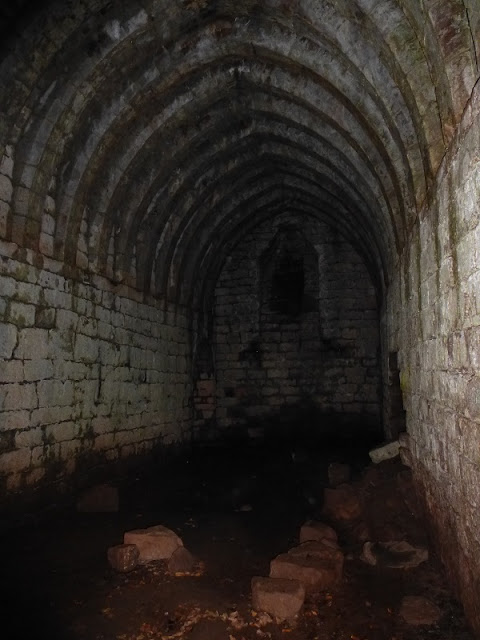 Today, despite Yester Castle’s ruinous state, the infamous Goblin Ha’ remains miraculously preserved, a wonderfully creepy reminder of the castle’s magical past. It lies beneath a large section of the castle’s curtain wall, with two doors into the vault allowing visitors to peer past stout metal grilles into its gloomy interior. Those who are particularly brave can search out the tiny passageway, hidden down a banking on the other side of the wall, which gives access to the Ha’ itself. A short crawl down a narrow, low tunnel leads into the incredible underground space, the vast room crowned with an unusual Gothic vault. If you have a torch and a stern disposition, you may even want to investigate the dark staircase which descends from one corner of the Ha’ into the shadowy depths below. 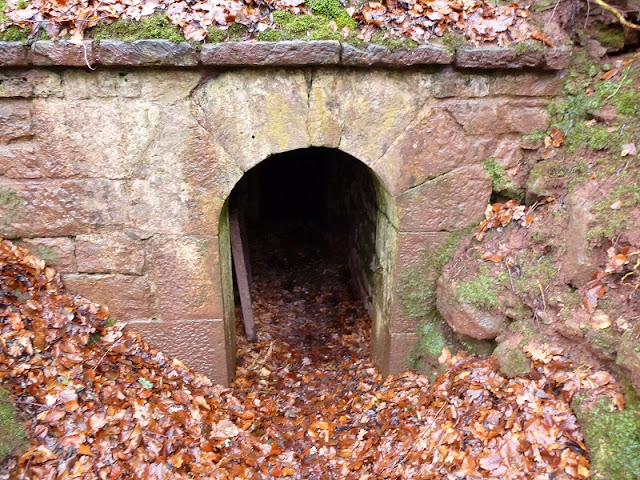 Sir Hugo may be long gone, but his Goblin Ha’ certainly retains a magically spooky ambience, and a visit there is not recommended for the faint hearted. Tales persist of strange goings-on amongst the ruins, including visitors hearing voices and experiencing ghostly apparitions. Apparently some locals even refuse to go near the place, scared off by rumours of an ancient curse on the castle. A visit to Yester Castle is highly recommended for lovers of the mystical and arcane. You can read all about my visit here.

Alan Montgomery writes a blog dedicated to his ongoing search for the weird and wonderful, uncanny and magical at mysearchformagic.com
He also tweets as @MSFMagic