Skip to content
“Witches – so that’s the 17th century?” It is a natural assumption; after all, the trials and persecutions of that period are large in popular consciousness when it comes to witchcraft. Today’s delve into the library, however, highlights the timeless nature of the witch. We visit the quiet Warwickshire village of Lower Quinton, where the readiness to blame witchcraft for unexplained calamity was alive and well in the 20th Century.
On 14thFebruary 1945, seventy-four year old Charles Walton was discovered dead in the field on Meon Hill where he had been working. A reclusive, but well-liked man who had lived in the village for years with his niece, he had been brutally murdered; the weapons, his own hedging tools. 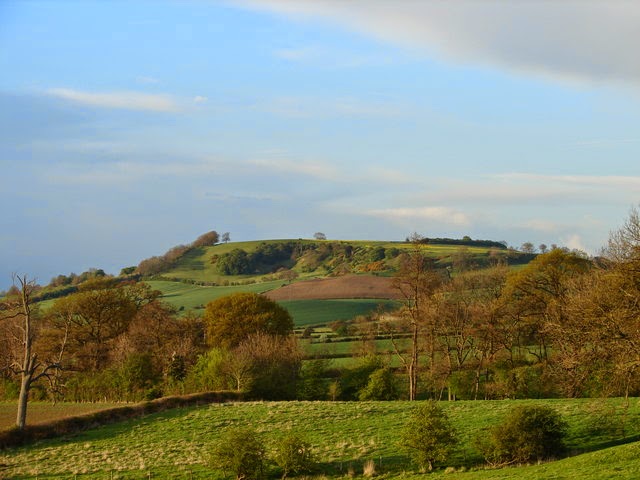 Meon Hill, Warwickshire
The case very quickly gained attention, with Robert Fabian, the celebrated Scotland Yard Detective, soon arriving on the scene. Over the following weeks, every inhabitant of the village was interviewed, over 400 British Servicemen on leave that day were located and questioned as to their whereabouts, and over 1,100 Italian Prisoners of War at the nearby camp were searched. Despite the extensiveness of the investigation, to this day, the case remains unsolved.
It is unlikely that the identity of Charles Walton’s killer will ever come to light, much less the motivation for doing so. What proves immensely fascinating, however, are the rumours, assumptions and outright inventions that have transformed Walton’s death from a senseless tragedy into a tale of dark and terrifying magic.
The most commonly repeated error is the belief that a large cross was found carved into Walton’s chest. This has been taken as evidence that black magic was responsible for his death, with much speculation that Walton was murdered by a local coven of witches with whom he was “well known” to be involved. While Walton’s injuries were gruesome enough – The blade of a bill hook buried in his throat, his face impaled by a pitchfork and pinned to the ground – there was no mention of cross symbolism in the case files or original reports of the murder. As for Walton’s supposed connections to local witches, again, there is no evidence to support these claims. 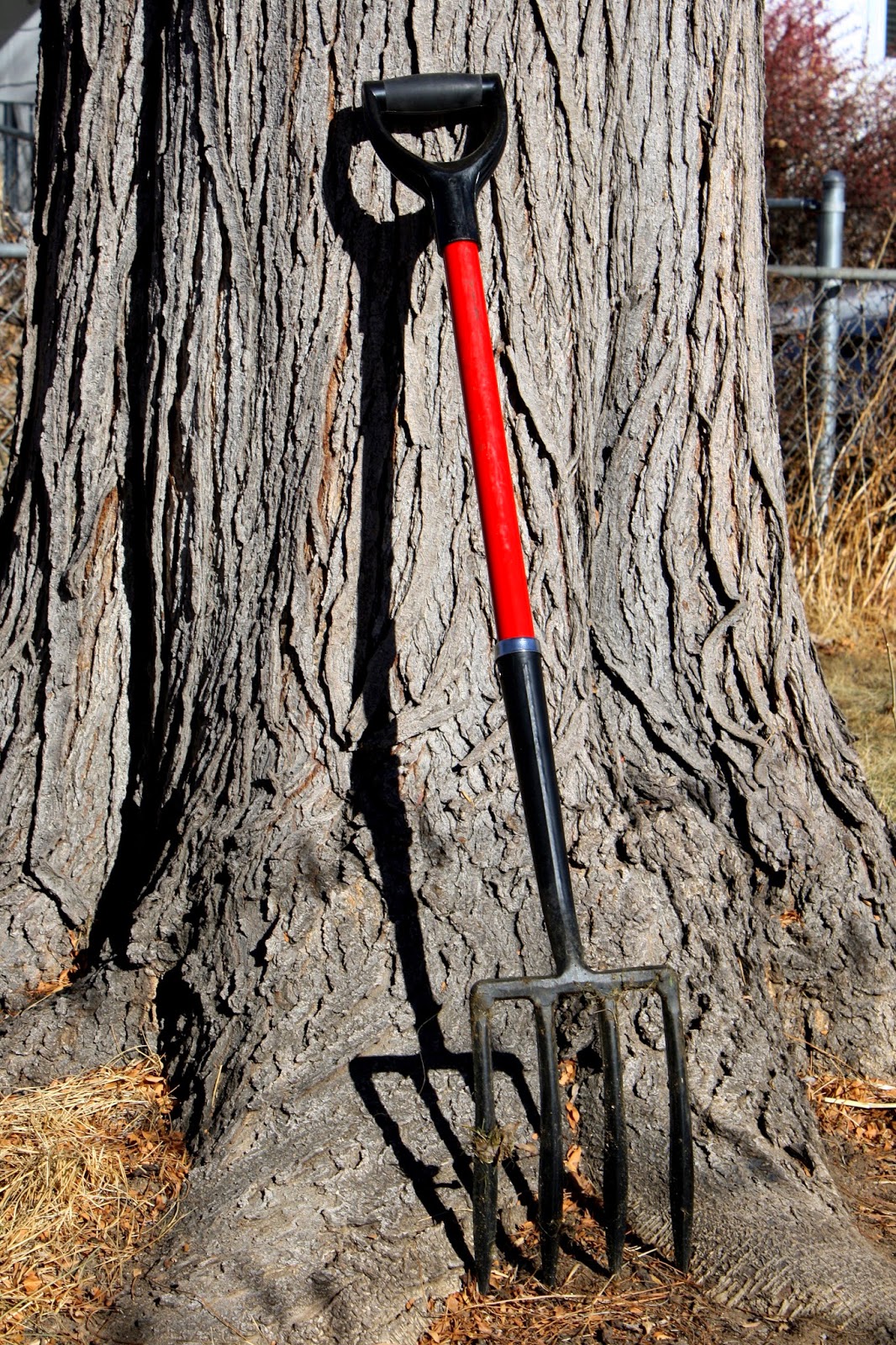 It is often pointed out (erroneously) that, by the old Julian Calendar, February 14thactually translated to the date of Imbolc, the pagan festival that marks the beginning of Spring. It is argued that it was known locally to be the best day for a blood sacrifice, helping the earth after the recent winter and to make sure of a plentiful harvest that year. Although this makes for good storytelling, there is nothing to suggest a ritual element to Walton’s death.
There have been attempts to connect the victim to another Charles Walton. In 1885, the plough boy was reported to have seen a large black dog, a well known sign of death, several nights in a row on his way home. The tale ends with a vision of a headless woman accompanying the dog on the last night, supposedly heralding the death of his sister the following day. This would be all well and good, apart from the fact that Walton’s sisters appear alive and well into at least the next decade.
Another attempt to link Walton’s murder to the past is with the case of Ann Turner, who, in 1875, was stabbed by a young man who suspected her of being a witch in nearby Long Compton. Turner later died of her injuries. The only connection appears to be the use of a pitchfork in both cases, but there the similarity ends, although some sources cite a very distant familial connection between Ann Turner and Charles Walton, not uncommon in rural communities even today.
The proximity of the Rollright Stones is also frequently mentioned, an area rich in legend and stories of dark magic. Some reports state that Walton was found in the very middle of the stones themselves, having been used as part of a terrifying and bloody ritual. The spot were Walton’s body was discovered and the stones are actually twelve miles apart, but that does not make for such good storytelling. 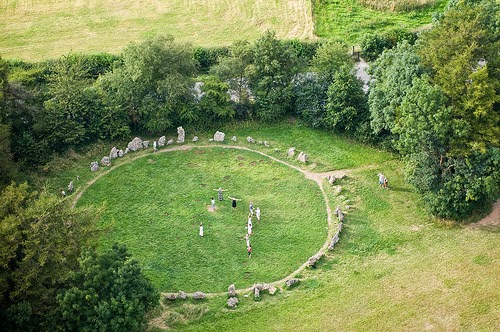 The Rollright Stones
Various further embellishments have been attached to the tale of Walton’s murder. Later tellings include the fabrication that his face was frozen in horror at whatever sight met his dying gaze, and that his body was discovered beneath an ill-omened willow tree. Tales like-wise abound regarding Walton’s habit of using toads to menace neighbours by “blasting” their crops, although this directly contradicts the assertion that he quarrelled with no one. 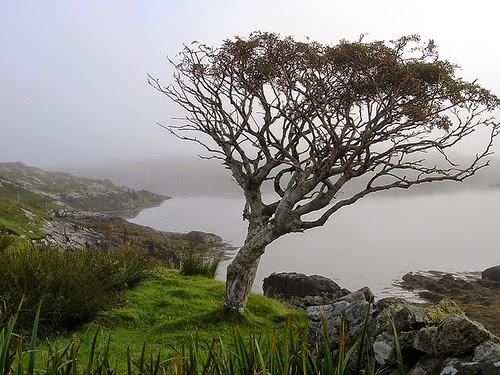 The Rowan Tree – traditionally linked to the underworld
In November 1952, a group from the Birmingham Psychic Society attempted to make contact with Walton in a séance planned to take place at the sight of the murder. Not surprisingly, no light as to the identity of the murderer was shed. The event did not pass without incident however; a local councillor who supported the undertaking took some soil from the scene – after that, he reported a train of bad luck until he finally got rid of the tainted specimen.

Even Fabian himself was not immune. The unsolved case remained with him, and over the following decades, his retelling of events slowly changed to fit the growing web of legend. In his final mention of the case, he too asserted that black magic had played a part in Walton’s end, an element noticeably absent from his official reports and earlier references. 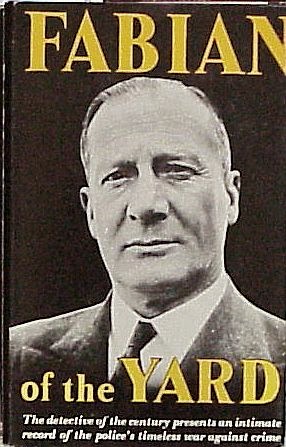 There is little, if any, proof that witchcraft played a part in the murder of Charles Walton. What it does bring home is the need we all have for answers, the deep-seated desire to explain and make sense of events that seem to happen with no rhyme or reason – and, fascinatingly, that people are ready to blame the witch for misfortune whatever the century.